Tucked away in the basement of the science center at Wheaton College (the location of last year's  ASA meeting) is a collection of little frogs carved from stones. They captured my theological imagination.
Now, to be honest, I’m not a big fan of rocks (and enjoy mentioning this frequently to my geology friends). They trip me when I’m hiking, scratch my boat when I’m paddling, and obscure my view when I’m taking scenic snapshots. Also, they’re mostly brown. (Although, as the aforementioned friends point out, I have to admit that they at least do not require feeding, deodorizing, housing, or coddling in general.)

Come to think of it, I’m not really a fan of frogs either. These slimy, greenish amphibians with creepy eyes inhabit icky places. They leap largely from unexpected realms and often emit high-pitched sounds out of proportion to their size. One never wants to step on such a creature. 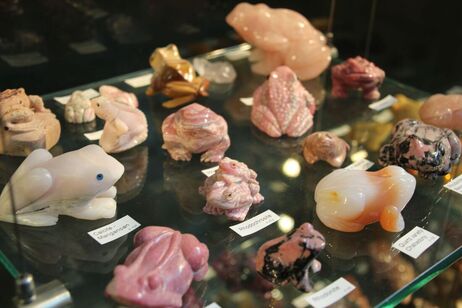 But then I discovered these rock frogs. This collection was donated to Wheaton’s science museum in 2009, by Arthur Smith, a Wheaton 1957 geology graduate. They were carved by multiple artists using a variety of tools and techniques. The stones from which they emerged range from mundane coal and soapstone to precious opal and quartz. They are grouped in colors—alabaster and ivory, translucent turquoise and amethyst, variegated tiger’s eye and lapis lazuli. The frogs vary in shape, size, and value, but are all equally displayed, unassumingly posed within a glass cabinet.
​ 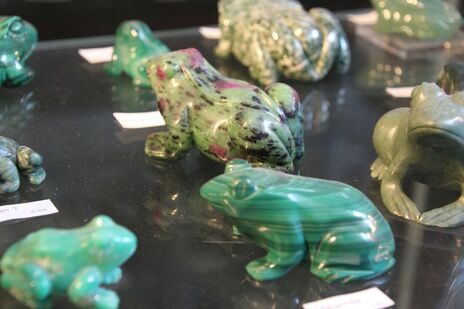 Nearby, large animals, preserved through taxidermy, gaze passively at the little rocks. Above them, the giant bones of a mastodon are impossible to ignore. A few blocks away, the Billy Graham center pays tribute to the great evangelist preaching to crowds of 20,000 people and leading them toward worship of the Creator. In the same building, conference attendees listen to lofty lectures on lunar landings, ponder new stars and planets, marvel at momentous occasions like the moon walk, and contemplate creation through the lenses of history, philosophy, ecology, technology and theology. And the little rock frogs just sit there: small and silent but solid and stable, obediently reflecting their creators and their Creator.
​ 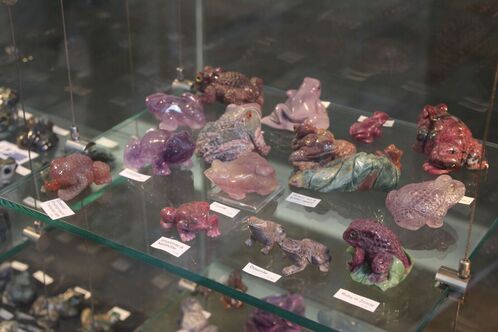 Through these rock frogs, biology meets geology. Art meets science. Science meets faith. Divine presence transcends human categories. And the divine voice is ubiquitous. God speaks through the whirlwinds of outer space, the proclaimers of the Gospel, the prophetic calls of ecologists, bioethicists, and theological giants, and through the daily dance of DNA and stardust. He also speaks in a still small voice through itty-bitty inanimate objects. I wonder how often we fail to notice the rock frogs that prevail in our world.
​ 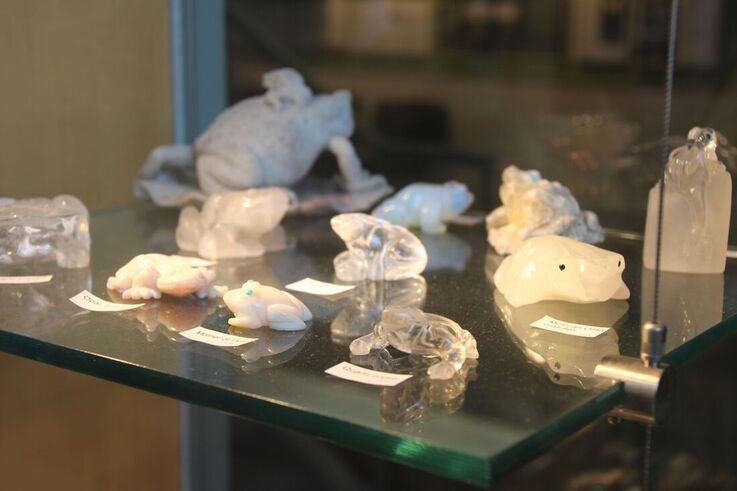 
E. Janet Warren is a family physician and an independent scholar in theology. She is past president of the CSCA and has published two books: Cleansing the Cosmos (Wipf & Stock, 2012) and Holy Housekeeping (Essence, 2017). Janet lives in Hamilton, Ontario, where she worships at Graceworks Baptist Church; but mostly she loves worshiping outdoors.
God & Nature magazine is a publication of the American Scientific Affiliation, an international network of Christians in science: www.asa3.org