“Why did God create animals?” This straightforward question a student asked many years ago in one of my university classes sent me on a quest to appreciate the complex intersection of theology and human-animal relations. I have since refined the question to “Why did God create animals first?” After all, the other creatures of the planet show up in Genesis 1:20-25, while we poor humans don’t come around till verse 26.

Human-animal relations have long been a one-way street, paved with utilitarianism, domination, power dynamics, speciesism, and human exceptionalism. What can we get out of animals? How can we use them? The Enlightenment in Europe saw the development of a kinder approach and the concept of rights of non-human organisms. A more profound and generous view toward animals evolved as environmental ethics grew, though habitat destruction continues to rob them of homes and sustenance every year, and industrial-level meat production remains a stain on our collective conscience. The relationship is still largely a road that goes one way, from “us” to “them.” We just treat animals a bit better or view them as warning signs that we could be the authors of our own destruction along with the planet’s. 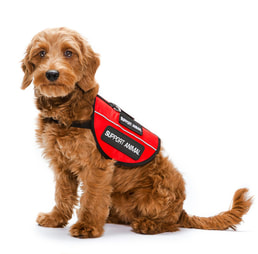 ​How do we look up that street from the other end, the one that is inside the animal mind? What can we learn from the non-human beings who inhabit the earth alongside us? In medieval Europe, books called Bestiaries were created in which humans learned valuable moral or theological lessons from animals who were symbols of virtue or served as warnings about sin. Often beautifully illustrated, these huge volumes populated a world around the edge of humanity with animals, both real and fanciful, who became witnesses to our human foibles. Some were fable-telling teachers, sent by God to help us find the right path.

Science is now enabling us to take a deeper peek inside the animal mind. We find there more intelligence, emotions, and culture than we believed in earlier years, when we dismissed animals as unfeeling automatons. At the same time, neuroscience and social psychology fields are helping us appreciate the role of animals in our own cerebral and personality development. On the wicked side, we know that psychopaths who emerge as serial killers sometimes begin in childhood by torturing animals; people who engage in domestic abuse often manifest violence against a partner’s pet.

But there is good news too. Respectful relations with pets help develop a child’s kindness and empathy. Therapy animals in hospitals and nursing homes provide moments of happiness, and when terrible events like shootings occur on campuses, therapy dogs are sometimes brought in to help healing.

Perhaps most intriguing is the impact of training service animals on prison populations.  Inmates long regarded as sociopaths develop empathy towards fellow humans as they train dogs for the visually impaired or horses for therapy programs. Why do animals succeed where the Sunday School lessons have failed?

In this now two-way street of understanding the way we relate to animals, the most fruitful stop may be where science and theology meet to explore sublime mysteries of the human mind and human heart. Meanwhile, our fellow earth creatures will continue to surround and engage us in this new Bestiary.

When I think of that student’s question, I like to re-read one of my favorite poems. It is by the Scottish poet Edwin Muir and is entitled “The Horses.” Muir envisions rebuilding the destroyed earth after a war ravages society. The rebirth occurs when horses return to help humankind—not as captives, but as companions:

Among them were some half a dozen colts
Dropped in some wilderness of the broken world,
Yet new as if they had come from their own Eden.
Since then they have pulled our plows and borne our loads,
But that free servitude still can pierce our hearts.
Our life is changed; their coming our beginning.

Kathleen Braden earned her Ph.D. in Geography from the University of Washington and taught at both the University of Washington and Seattle Pacific University. She was one of the founders of the Snow Leopard Trust in Seattle, has held four Fulbrights for teaching and research in former Soviet republics, and has published on environmental issues in Russia and Central Asia.
​
God & Nature magazine is a publication of the American Scientific Affiliation, an international network of Christians in science: www.asa3.org