Our species, Homo sapiens, is known from the fossil record to have begun approximately 200,000 years ago, and members of our genus, Homo, lived over two million years ago. There is no possibility that the Adam of Genesis could have been the sole biological progenitor of the entire human race. The mention in Genesis 4 of farming, livestock, tents, stringed musical instruments, and artifacts made of copper and iron makes Adam a real-life, historical individual living no earlier than 10,000 years ago.

As evidenced by Genesis and literature from the ancient Near East, Adam’s existence belongs to a time roughly between 5000 to 4000 BC in southern Mesopotamia, near the confluence of the four rivers of Eden (Gen. 2:11-14).  There is evidence of such a man living in southern Mesopotamia, present-day Iraq, born far too late to commence the human race. Nevertheless, he would have been at the right time and place to begin the Adamic line, which is the primary concern of the Genesis narrative. 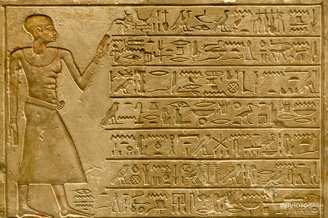 The Bible links Christ with Adam biologically through its genealogies and theologically in Romans. Therefore, a historical Adam is important to preserve the integrity of Scripture. While not the first human being, Adam was the first in God's covenant line leading to Christ, and he began the era of individual accountability. The knowledge of God began with the Adamic covenant, and the hope of salvation remained with the Israelite nation until Christ’s sacrifice paid the penalty for all mankind.

Paul made his missionary journeys throughout Greece and Turkey, appearing in synagogues to deliver his message and leaving behind in each city small mixed groups of converted Jews and believing Greeks and Romans. They may have had a gospel or two to read, but prior to receiving Paul’s letters, the Torah was the primary source to learn about God. Gentiles and Jews gathered together, and the Gentile Christians read themselves into the pages. Genesis history up until Babel became their history also.

When the King James translators converted Hebrew into English, they did it with the same mindset as the early Christians. They thought that the entire human race descended from Adam. They also believed the flood was global, terminating all human and animal life, and that one universal language was spoken by Noah’s kin until it was scrambled at Babel.

If Bible translators had been aware of the history of the ancient Near East uncovered within the last 200 years and had accounted for it from the beginning, latter-day interpreters would have had no basis for misunderstanding – and misunderstand they did. Bringing to light the ancient history of southern Mesopotamia illuminates Adam and his descendants, who can be seen in a proper context and fully respected as the legitimate progenitor of a special covenant of people – those in the Line of Promise leading to Christ.

We know that what we call western civilization today began in the “Fertile Crescent” in the Middle East. As farming techniques developed and livestock was domesticated, small cities began to flourish allowing for diversification of tasks. The transition from nomadic tribes of hunter-gatherers to concentrated localities teeming with specialized laborers, craftsman, scribes, priests, and government happened due in part to the use of irrigation technology. It is this technology that provides clues to the history of Adam.

Although settlements have been discovered in Iran, Turkey, and northern Iraq that are dated to earlier than 6000 BC, no traces of civilization in the southern part of Iraq have been found prior to that date. In southern Mesopotamia, the land of the Tigris and Euphrates, the earliest settlers found an accommodating place to establish a new settlement and enjoy a civilized style of life. All they needed was water diverted from the Euphrates down an old river channel to their new location on the Persian Gulf. Although lacking in details, Genesis provides some clues to this time of development.

Genesis 2:10: “And a river went out of Eden to water the garden ..."  The Akkadian/Sumerian word edin means “plain,” “prairie,” or “desert” (1). Aside from the Euphrates, there were no other "rivers" in Babylon (Psa.137:1), only canals. Ezekiel was among the captives by the “river Chebar” (Ezek. 1:3; 3:15, 23), corresponding to nar Kabari meaning the “great canal,” the largest of three or four navigable canals watering the fields of ancient Nippur (2). Since we are afforded a clear example in Psalms and Ezekiel where "rivers" are canals, one could say, “A canal went out of [the] edin to water the garden.”

The water brought to the region by this canal led to the establishment of the ancient city of Eridu. Dated by archaeologists to 4800 BC, Eridu is the first city named on the Sumerian King List (SKL) where kingship was “lowered from heaven.” With goat grass, emmer wheat, and barley growing in abundance, date palms and fig trees yielding their fruit, and fish in the sea, the addition of fresh water completed the picture of a flourishing civilization.

During the excavations at Eridu (modern Abu Shahrein, Iraq), pottery found at the lowest of nineteen levels of occupation just above virgin soil was so unique that the excavators dubbed it "Eridu ware." It was described as an "extremely fine quality monochrome-painted ware, often with a buff or cream slip” (3). Fuad Safer, who headed the excavation for the Iraqi government, described Eridu ware and commented that it was “extremely clear that the new pre-‘Ubaid painted ware corresponds to a well-defined epoch in the history of the prehistoric temple” (4). The Ubaid Period in Mesopotamia began from about 5300 to 4500 BC and ended by 3500 BC.

According to the head archaeologist at the site, this pottery came from settlers who preceded the Ubaidans and certainly before the Sumerians who settled Ur during the Ubaid Period.. Eridu Ware then was first in order of appearance, though mixed with an Ubaid type of pottery followed closely by the so-called Hajji Mohammed ware. Eridu ware and H.M. ware continued together through four levels of occupation before typical Ubaidan pottery arrived. Later, red and gray “Uruk Ware” signified the arrival of the Sumerians at Eridu. This monochrome Uruk Ware replaced the painted Ubaid pottery and continued all the way up to the surface. All the other wares were gone by level VI.

Put in perspective, the pottery trail indicates Mesopotamia had numerous small settlements of identifiable populations that gradually moved from north to south over time, eventually ending at the Persian Gulf at a time and location that fits the biblical story of Adam, Eve, and their immediate descendants. One of the pottery styles that are not identified as Ubaidan or Sumerian could be the remains of biblical settlers.

In addition to pottery shards, a rudimentary temple also was unearthed at the lowest level. In the words of Seton Lloyd, chief advisor to the Eridu excavation:

At level XIV, a smaller temple reappeared in the centre of our sounding, and at
Level XVI. There was a perfect little miniature shrine, about 4 metres square,
already incorporating all the principle features of the later temples, such as an
altar in a niche-recess, with a door facing it, and a central offering-table showing
traces of burnt offerings (5).

What population of people could be located at Eridu who constructed an altar upon which they presented burnt offerings? Animal sacrifice was instituted by Adam’s second son, Abel (Gen. 4:4). We can assume this practice continued with subsequent generations. Was this the very altar where it all began?

The Shabaka Stone found in Egypt contains inscriptions reflecting back on an Egyptian creation myth in existence since approximately 2700 BC. Often called “The Memphite Theology” due to its connections with Memphis, it was here the god “Ptah,” the “life-maker,” sat upon his throne: “There took shape in the heart, there took shape on the tongue the form of Atum” (6).

Known as the chief god of the capital city of Memphis, Ptah was a creator god who brought all things into being by thinking of them with his mind and saying their names with his tongue. "In the Memphite system Atum was thus merely the agent of Ptah’s will, who understood his commands and carried them out" (7).

A dedication dating to about 2400 BC was cut in stone in the pyramids of Egyptian kings Mer-ne-Re and Nefer-ka-Re. The text describes a first creation and a deified "Atum" on a primeval hill arising "out of the waters of chaos." Among those "whom Atum begot," according to the text, was one named "Seth."

But the inscriptions on pyramid walls (2400 BC) are dated centuries before Abraham, and many centuries before Moses. The question of how they got there arises. Josephus gives us a possible answer to that question. In his words: “Now all the sons of Mizraim, being eight in number, occupied the country from Gaza to Egypt ...” (9). Indeed, the Hebrews adopted Misraim to mean “Egyptian.”

When Luke recorded the chain of ancestry from Jesus back to Adam in Luke 3, he simply looked it up in the temple in Jerusalem where Jewish births and deaths were recorded. Were there mistakes in the chain of ancestry? How would we know? Even if we concluded that the method of creation was implausible, or Eve’s appearance from Adam’s rib was illogical, or the events depicted in Adam’s life are unreasonable, or that snakes can’t talk, or that nothing that grows on trees will cause a person to live forever, or anything else we could list as a reason to doubt the Genesis narrative as true history, there still is no reason to infer that Adam himself never existed as a person, or that he was not the first to have a covenant relationship with his God.


After an Air Force career with over 100 combat missions in Viet Nam, Dick Fischer came to Christ in 1984 and published his first article, “The Bible Proves that ‘Creationism’ is Wrong,” in the Washington Post in 1986. That same year he joined ASA. "In Search of the Historical Adam, Parts 1 and 2" were published in PSCF in 1993-94. He founded Genesis Proclaimed Association and received his MDiv degree from Regent University. His book, Historical Genesis from Adam to Abraham was published in 2008, and his YouTube channel, “Creation, Genesis and Origins,” has received over 200,000 views to date.