The creation accounts of Genesis are some of the most profound works ever composed, but they are also works of mystery. If these chapters are divinely inspired, why do they appear to contradict a scientific account of the origins of the earth, and why do the creation stories of Genesis 1 and 2 seem so different?

Genesis 1 and 2 describe creation from very different viewpoints. Genesis 1 has a cosmic viewpoint, is impersonal in style, and is highly systematic in organization. Genesis 2, on the other hand, has a local viewpoint, is anthropomorphic in style, and has a vivid story-like character. Beyond these differences in perspective, the accounts describe acts of creation in a different order and in very different environments. Genesis 1 begins with water and describes the creation of plants, then animals, then man; Genesis 2 begins with dry dust and describes the creation of man, then plants, and then animals. Recognizing Genesis 1 and 2 as products of two distinct traditions goes a long way to explaining their different character, but it does not fully explain their content. 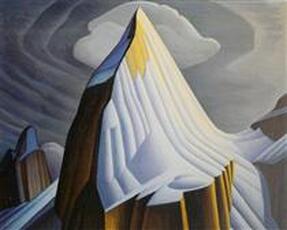 Some commentators argue that Genesis 1 does not in fact contradict scientific evidence. They typically compare God’s creation of light with the Big Bang and draw parallels between the progress of creation in Genesis and the geologic history of the earth (1).  But, in fact, there are many contradictions between the Genesis account of creation and scientific evidence for the origins and history of our planet. Some of these difficulties have been known for centuries—3rd-century Church Father Origen observed that light exists in Genesis 1 before the sun (2).  But an even more serious problem is to explain the initial watery state of the earth before the existence of light. This can seem like an insoluble conundrum, but the account of Noah’s catastrophic Flood provides a key insight into the meaning of the Genesis 1 creation story.

According to Genesis, the Flood was the greatest disaster to have faced mankind since the creation, annihilating all of Adam’s descendants except the inhabitants of Noah’s Ark. Genesis also claims that the descendants of Noah were the ancestors of all the nations of the Middle East. However, this is only credible if the Flood occurred in prehistory, before the archaeological remains of ancient cities on the plain of Mesopotamia; which is to say, in the Neolithic Period before 5500 BC. Not only does this date coincide with climatic evidence for a period of intense rainfall events in the Middle East, but it also coincides with the flooding of the seaward end of the Mesopotamian plain by rising sea level, preventing a catastrophic river flood from draining away (3).

A Neolithic date for Noah’s Flood means that human civilization was at a relatively undeveloped stage at the time. The geographical horizons of ancient peoples were limited, and the Ark itself would have been a relatively primitive vessel, more like a giant raft than the wooden container ship depicted in many children’s Bibles. Sheltering for months on end in a storm-battered reed hut on a roughly built log raft, Noah probably felt that the earth itself had returned to cosmic chaos.

Re-creation after the Flood

The idea that the Flood was like an undoing of creation is a well-established principle. Calvin adopts it in his commentary on Genesis, where he sees the Flood reversing creation by breaking through the barriers that God had previously made to hold back the waters above and below the sky (4).  But the corollary of this picture is that when God remembers Noah and the flood waters begin to subside, it genuinely appears that the earth is being re-created out of chaos in a way that parallels Genesis 1. The most detailed exploration of these parallels was made by Kenneth Mathews in his New American Commentary: Genesis 1-11, summarized below with minor modifications (5).  Mathews notes specifically that the description of re-creation after the Flood (Genesis 8) uses key Hebrew words that are also used in Genesis 1. The English translations of these words are bolded to emphasize the parallels.

Day 3. Just as God gathered the water in one place and commanded dry ground to appear (raah, 1:9), so again the tops of the mountains appear (raah) after the Flood (8:5).

Day 6. Just as various kinds of living creatures and cattle were created (chay nephesh, behemah, 1:24), so the living [creatures] and cattle are called out from the Ark (chay, behemah, 8:17).

Origins of the Genesis 1 tradition
​
Several lines of evidence suggest that rather than the Flood story echoing creation, the inspiration was in the opposite direction: Genesis 1 was influenced by the experience of the Flood.

Firstly, the world of chaotic water in Genesis 1 is not an obvious basis for a creation story set in Mesopotamia, which is extremely dry most of the time. In fact, the environment of Mesopotamia is captured perfectly by the creation story of Genesis 2, which begins with a world where there was no rain or vegetation, and where man was created from dry dust. On the other hand, a flood in Mesopotamia is indeed a world in chaos, a pre-creation world consisting only of water.

A second reason to think the creation story was influenced by the Flood is the origin of light. As noted above, one of the oldest enigmas of Genesis 1 is the claim that daylight existed before the sun. Viewed through the lens of the experience of the Flood, though, what is described on days 1 to 4 of creation looks like the ending of a night of stormy chaos, followed by the progressive clearing of the dark sky that typically accompanies severe storms.

A third connection is the origin of the expanse of the sky. In the creation account, God separates the waters above and below the sky. Rather than inferring that God made a bubble of air in what was previously solid water, we can simply conclude that God brought an end to a state of incessant rain. The experience of heavy rain that goes on for weeks or months is quite enough to seem like a return to a cosmic chaos in which the skies are unable to hold back the onslaught of waters from the heavens. To a person who has experienced that state, the ending of the rain is apt to seem like a miracle of God. And once the rain ended, those on the Ark were able to hope for the appearance of dry land, mirroring day 3 of creation, accompanied by the almost miraculous appearance of plants from the ground.

When the clouds clear, the heavenly bodies appear as if suspended in the sky. This is the first stage in populating the tiers of the cosmos that are established as chaos is pushed back. These acts of population continue on the fifth and sixth days of creation, just as birds and animals were released from the Ark to repopulate the earth. However, the creation of man is unique. Only man is made in the image of God (Gen 1:26), paralleling God’s covenant with Noah, ‘for in the image of God has God made man’ (Gen 9:6).

Based on these very strong parallels, it is concluded that the experience of the Flood inspired the telling of the Genesis 1 creation story. However, we know that this was not a human invention because it was God who spoke the divine words of creation. Therefore, Genesis 1 was probably revealed as a series of visions lasting a week. The pattern of revelation lasting seven days was probably intended to reinforce a weekly cycle of temple worship.

Spiritual intensification in the creation story

One might wonder why God used the experience of the Flood as the basis for revealing the story of creation. I suggest the reason is the spiritual intensification achieved by using the overwhelmingly powerful experience of the cosmic Flood as inspiration. As an analogy, we can consider the process of intensification that occurs when a natural landscape is captured by an impressionistic painter. One of the strongest exponents of this technique was the Canadian landscape painter Lawren Harris, who intensified the spiritual qualities of his paintings by abstracting the dramatic qualities of the northern landscape. This technique led to some powerful and even ethereal expressions of the spirituality of the natural world (6). Likewise, if Genesis 1 is allowed to speak for itself, the dramatic experience of the Flood provides an inspiration that is grounded in historical reality, but at the same time captures the essence of God’s creative power with unsurpassed spiritual intensity.

1. Schroeder, G. Genesis and the Big Bang Theory: The discovery of harmony between modern science and the Bible, New York: Bantam (2011).

Alan Dickin has a Bachelors degree from the University of Cambridge and a D.Phil. from the University of Oxford. He is currently Professor of Geology at McMaster University, and his books include Radiogenic Isotope Geology (1995, 2005, 2018), Pagan Trinity – Holy Trinity (2008) and A Scientific Commentary on Genesis 1-11 (2015, 2018).
God & Nature magazine is a publication of the American Scientific Affiliation, an international network of Christians in science: www.asa3.org