by Mario A. Russo

When my brother got married eleven years ago, he chose to do it in Arizona – in July. The weather was as unbearable as you would imagine it would be. I remember asking myself, why would anyone come to Arizona, let alone in the middle of summer? My bias was clear, and it was negative. But Arizona holds a special place in the hearts and minds of millions of people. Many people draw inspiration and awe from the Grand Canyon, which offers a unique experience and sets a person in perspective with the vastness of creation. For a few glorious moments, as we stare upon the magnificence of the canyon, we can feel our own wonderful insignificance. Such perspective, for me, redeems any  drawbacks that come from wearing a tuxedo in 121° F heat.

Everyone has a bias. When it comes to the discussion of Science and Faith, bias can have a strong influence. My social media feed is filled with stories about the latest advances in the natural sciences, medicine, and psychology. It is also filled with the newest ideas and practices in Christianity. On some occasions, the two interact in the press, and when this happens, there are often important misconceptions or mischaracterizations of the science-religion relationship. Both Christians and non-Christians can use their bias in a negative way. However, our bias can and should be redeemed for a positive purpose. When we redeem our bias to ask metaphysical questions about the physical world, it can bring much needed perspective that positively alters our behavior.
Recognizing Our Negative Bias

​Ricky Gervais is a comedian and self-professing atheist. He is best known for co-creating the British television show The Office and is a frequent guest on late night TV shows. Recently, he appeared on The Late Show with Stephen Colbert. During his interview, Colbert, who is very open about his Roman Catholic faith, brought up Gervais’ atheism. During the exchange, Colbert asked Gervais “Why is there something instead of nothing?” Gervais replied (in part): ​
To set science against religion the way Gervais did is to demonstrate an implicit scientific bias. Implicit bias refers to the judgements or attitudes we make that are unconscious or automatic. When we look behind Gervais’ statement, we can see the root of the implicit bias: philosophical naturalism (also known as scientism). Scientism is the reduction of all knowledge to only that which can be scientifically verified. In other words, Gervais is claiming that the natural sciences are the (only) standard for rational belief. This view, however, puts the natural sciences in a difficult position. What about the things that the natural sciences cannot falsify or validate; for example, beauty or morality?

Unfortunately, this is very common. Gervais’ automatic response to the question of why there is something rather than nothing was to (falsely) portray science as the only trustworthy basis for rational belief.

On the other side of the coin is explicit bias. This refers to judgements or attitudes we make on a conscious level. Perhaps the most notable examples of this come from the New Atheist movement, specifically Richard Dawkins. Championing scientism, Dawkins consistently and intentionally excludes religious contributions to knowledge about the natural world simply because they are religious. His many anti-religious remarks are well documented, but the following quote from his book The Selfish Gene serves as a decent summary of his view of religion. 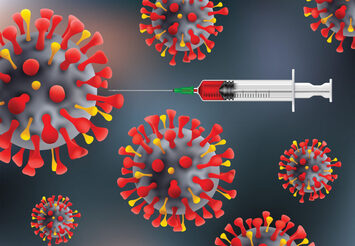 But explicit bias goes beyond Dawkins and New Atheism – it extends to the realm of the media. Art Markman is a psychology professor at the University of Texas at Austin and a blogger for Psychology Today. In 2015, at the "Breaking New Ground in the Science-Religion Dialogue" workshop at the University of Texas at Austin, Dr. Markman remarked that many people find some sense of balance and compatibility between their scientific and religious beliefs. Unfortunately, such harmony, compatibility, and balance don't "make good television." According to Dr. Markman, who hosts a psychology radio talk show for NPR, conflict is what attracts viewers (or, in his case, listeners). If you're going to sell advertising and increase your revenue, you have to deliver conflict. The implication here is that the news media either only airs stories that contain conflict, or they tend to emphasize conflict at the expense of careful and nuanced analysis.
One of the most notable instances of the media inserting bias by emphasizing conflict between science and religion comes from the 1925 Scopes “Monkey” trial. John Scopes, a science teacher at the Rhea County High School in Dayton, Tennessee, was arrested for teaching evolution in a violation of a recently passed Tennessee law. The ACLU was looking for an opportunity to challenge this law as part of a larger campaign to slow the tidal wave of antievolution efforts by evangelicals. Newspapers heralded the event as the “trial of the century.” Days were eaten up in debate over the scientific validity of evolution. Ultimately, Scopes was convicted of violating the state statute and fined accordingly, though the verdict was eventually overturned on a technicality. Both sides claimed the trial as a victory for their cause. However, due to multiple retellings and theatrical dramatizations (both a popular stage play and a film), rather than slip from American pop culture conscience, the Scopes Trial has become legendary.

Not much has changed since then. In 2005, there was much controversy in the United States over the Kansas Board of Education's hearings on intelligent design. The hearings were meant to introduce intelligent design into the science classroom, suggesting that there is scientific debate and controversy over the matter of evolution and the origin of life. The media emphasized the conflict between science and Christianity.

This problem doesn’t only belong to the New Atheist movement, non-religious groups, or the media. Christians can be equally guilty of implicit and explicit bias. It is tempting to call into question good scientific research simply because it was conducted by an outspoken evolutionist or atheist. However, we must judge research on its own merits, and not on the merits of the people conducting it. This is what the blind peer-review process is all about: it reduces the possibility of personal bias. Nevertheless, we needn’t necessarily purge our bias, because it doesn’t always have to be negative. As scientists who are also Christians, there are positive ways in which we can use our bias.

Redeeming Our Bias for Positive Purpose

As women and men of faith and science, we can redeem our bias in a positive and powerful way. Our bias is an innate part of who we are. We cannot avoid it or separate ourselves from it. Scientists must be as objective as possible for the sake of the integrity of their work, but scientists are, after all, people, and many of them are people of faith. Faith-based bias can be used for positive purposes. It can be used to understand the physical world and transform our perspective. That transformed perspective often leads to positive behavioral change.

An article in New Scientist validates this. According to Paul Piff at the University of California, Irvine, viewing grand-scale feats of nature can transcend our way of comprehending the world, so we must find ways to accommodate them. That accommodation is what gives rise to wonder and awe. Piff argues that these awe-inspiring sights are what make us “better” (2). How? By making us less entitled and more altruistic, ethical, and prosocial. In a study (3) conducted in 2015,
The universe is full of such awe-inspiring sights and sounds. BBC programs like Planet Earth offer stunning insights across ecosystems. The program offers a view of a wide variety of plants, animals, and their habitats. Watching this program, I was reminded in a new and refreshing way that all of life is related. I had what you might call a “Grand Canyon moment.” With a rush of inspiration and awe, I had a glorious sense of my own insignificance. Similar experiences can be had by contemplating outer space as well.

According to a recent story in the Washington Examiner, Pope Francis asked astronauts on the International Space Station, “In light of your experiences in space, what are your thoughts regarding the place of man in the universe?” In a way, God sets a similar perspective in Job 38:4, “Where were you when I laid the foundation of the earth?” God calls Job to consider his own beginning in light of the beginning of the world. In considering creation, Job can gain perspective on his place in it, on where his future lies, and alter his behavior accordingly. Pope Francis’ question shows one way that we can redeem the use of our bias.

As scientists who follow Jesus, we can redeem our bias by looking at scientific data and asking metaphysical questions about the physical world that help to reposition our perspective about who we are and where our place is in the universe. Seeing ourselves in light of the vastness of creation helps bring proper perspective. In Job 38-41, God makes use of the physical world to inspire some important metaphysical questions. When God reveals his handiwork in nature, He sets Job’s life in its proper perspective, and Job feels the sting of his own insignificance. That perspective drives Job to positively alter his behavior. It leads him to worship. For so many scientists, the same perspective can come from a telescope, microscope, test tube, Petri dish, or mathematical equation, and lead them to the same positive alteration in behavior: worship.


Mario Anthony Russo is a pastor and theologian. He lives and works with his wife Virginia and two children in Germany. He holds an Interdisciplinary Bachelor of Science degree in Biology and Psychology (University of South Carolina), a Master of Arts in Religion (RTS), and a Doctor of Ministry (Erskine College & Seminary). During his nearly two decades of researching, writing, and speaking in the field of Science and Religion, Mario has developed a love for the interaction between science and faith, missiology, and pastoring. You can follow him on Twitter @Mario_A_Russo.
God & Nature magazine is a publication of the American Scientific Affiliation, an international network of Christians in science: www.asa3.org