Perhaps no question is of more importance to developing a proper worldview than the question of God’s existence. A worldview that ignores God results in a naturalistic understanding of the universe that is left reaching for some explanation as to how it all began. Furthermore, when God is removed from an explanation of reality, characteristics that only he possesses, such as omnipotence, omnipresence, and eternality, are also removed from that explanation, resulting in a worldview that is essentially void of the infinite. Such a view of reality has dire consequences, but many of those consequences are spiritual in nature and are not realized during a finite existence here on this earth. 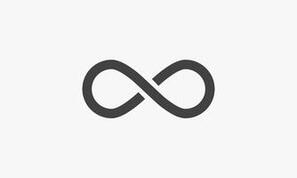 The Bible teaches that even when God has been removed from a worldview, nature is still at work, pointing humanity to its creator with the heavens themselves declaring the glory of God and the skies proclaiming the work of his hands (Psalm 19:1,2). Scripture notes the foolishness of those who ponder their existence from a perspective that does not include God, suggesting that creation reveals not only God himself, but also his invisible attributes—specifically, his eternal power and divine nature (Romans 1:19,20). With this in mind, we ask if the study of the infinite in mathematics reveals anything about the eternal God and a faith placed in him. In particular, in this essay we turn our attention toward the history of mathematics and briefly consider how the deliberate exclusion of the infinite from mathematics impacted that discipline, leading to unanswered questions and paradox. We then suggest that this history from mathematics serves as a model of what should be expected when God, who is unlimited in his nature, is excluded from a worldview.

From the time of Archimedes, who used infinitesimals (infinitely small quantities) to solve problems in the geometry of parabolas, mathematicians have dabbled with the infinite. Yet the inclusion of the infinite in mathematical thought has been anything but universally accepted. Authors Davis and Hersh note that both the infinitely small (infinitesimal) and the infinitely large were deliberately excluded from Euclid’s geometry (1). T. L. Heath adds that Greek mathematicians banished the idea of the infinite from their work (2). Exclusion of the infinite was not limited to Greek geometers. The use of an infinite quantity in any computation has been strongly resisted by mathematicians throughout the ages. Karl Friedrich Gauss, one of the most significant mathematicians of all time, said, “I protest against the use of infinite magnitude... which is never permissible in mathematics” (3). It wasn’t until Georg Cantor came along at the end of the nineteenth century that any real work was done in terms of infinite magnitudes. Even then, Cantor’s work was initially rejected by most mathematicians. It was the object of ridicule and abuse.

The exclusion of the infinite from mathematical thinking manifested itself in several ways. First, it resulted in paradox for the ancient Greeks. The Greek understanding of time and space as discrete units known as instants and points led to inconsistencies in their understanding of reality. Zeno (circa 450 B.C.) recognized this and posed several problems (known as Dichotomy, Achilles, Arrow, and the Stade) to draw attention to his contemporaries’ faulty worldview. Zeno’s puzzles described infinite processes that clearly contradicted common sense. Our purpose here is not to delve into these puzzles (we will consider Achilles and the Tortoise in a future essay), but to simply note why paradox existed: it was a direct result of the Greek’s exclusion of the infinite from their worldview.

The exclusion of the infinite from mathematical thinking also restricted mathematical growth and advancement. Members of the scholarly society known as the Pythagorean brotherhood believed that the entire universe could be described in terms of the counting numbers. In particular, their discovery of the counting numbers in music served as an example of such a description of nature.

However, the positive rational numbers (ratios of natural numbers) are not sufficient to describe the world God has created. For instance, the area of a circle with a radius of one cannot be obtained in terms of a rational number. Hence the worldview of the Pythagoreans in some sense limited their ability to describe the world around them. William Dunham notes that the discovery of irrational numbers (numbers with a non-repeating, infinite decimal representation) had several profound consequences. First, many of the mathematical proofs that rested on the Pythagorean worldview became void. It took nearly two centuries to patch those proofs up. Second, the Pythagoreans did not take kindly to the collapse of their worldview. Legend has it that Hippasus, the first to prove the existence of irrational numbers, was taken out to sea and drowned (4).

In a similar fashion, excluding God from a worldview has the potential to restrict growth and open the door to paradox. This is true not only for those who outright deny the existence of God, but also for religious people who live practically as if God is not a part of their daily existence. For Christians who lack an eternal perspective, the pathway to stunted growth and paradox can be very subtle. Much like the Pythagoreans, who continued to study and seek to understand and develop a discipline they loved, albeit imperfectly, Christians who fall into this trap will develop a theology that is consistent with their here-and-now approach to life. Perhaps the biggest danger in all of this is the limitations they inherently place on God himself.  Finite gods dwell in a finite reality. Living in the absence of the infinite leads to images of God (idols) that are not consistent with who God actually is. Donald McCullough notes that these gods are no bigger than the human beings that imagine them. He adds that these finite gods cannot save people from their sin, inspire their worship, or empower their service (5).
​
Moreover, a temporal worldview is problematic for Christians because it creates tension within their lives. Jesus understood this and constantly challenged his followers with paradoxical statements, telling them that the first will be last and the last will be first (Matthew 20:16), and those who lose their lives will save them, while those who save their lives will lose them (Matthew 16:25). The apostle Paul understood this as well, noting that it was in his weakness that he was actually strong (2 Corinthians 12:10). Like Zeno’s puzzles, Jesus’s statements are meant to challenge thinking that ignores the infinite (eternal). In contrast, unlike Zeno’s puzzles which were outcomes of a faulty worldview, Jesus’s statements accurately represent reality.
​
The above examples from mathematics are not necessary to understand that an eternal perspective is important to a healthy theology. In fact, the Bible tells us that God has set eternity in the hearts of humanity (Ecclesiastes 3:11). Still, it is all too easy to lose sight of eternity in the midst of an earthly existence that lasts at most around 100 years, and the subtle ways a temporal worldview can creep into our thinking makes it hard to recognize when it has actually taken place. For that reason, reflecting on these historical examples from mathematics can prove beneficial to developing an appropriate theology. Finally, it is important to note that the study of the infinite in mathematics not only serves as a model of sorts that allows for historical observation, but also provides the ability to carry out computation to further increase that understanding. That will be the focus of the second essay in this series.


Dr. Phillippy is a Professor of Mathematics at Messiah University located in Grantham, Pennsylvania. He received his Ph.D. (1991) from Lehigh University, where he was trained as an applied mathematician. Since coming to Messiah College, his research interests have shifted to include the integration of faith and mathematics and developing mathematical maturity at the undergraduate level. On a personal note, Dr. Phillippy is a runner and enjoys participating in a variety of other sports. He is married to Deb and has four children.
God & Nature magazine is a publication of the American Scientific Affiliation, an international network of Christians in science: www.asa3.org