The most recent conference of the American Scientific Affiliation at Wheaton College hosted a helpful topical session for students and early-career scientists. One of the presentations dealt with how we as Christians professionally interact with colleagues and others who are not “of the faith.” This issue is instrumental for us individually as well as for the future of Kingdom service.

The reputation of science has fallen on hard times, perhaps more in the USA than anywhere else. Politics and economics are elevated to the status of high authority in our popular culture in opposition to the study of God’s Creation in all its complexity. While science and ethics (godly ethics for us Christians) certainly do not give us perfect understanding, they do have a solid foundation in truth. Only some poorly educated and deceived people consider science to consist of purely human opinion with no authoritative standing. 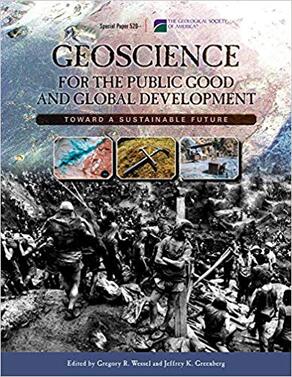 The first thing we need to understand is that science is not “secular.” It is a way to study and steward all that the Lord has created. It is a gift. It is an example of common grace, by which anyone trained and motivated can discover wonderful things about the planet and beyond. What then is a Christian Scientist? Do we do science differently than a Muslim, Jew, Buddhist, or Atheist? No, we do not. The laws that we must follow are ordained by the Creator. We have strict standards for science practice and the interpretation of our investigations. Science is universal.

As a human enterprise, science also has a deeper, more subjective quality. Why practice science? As believers in God, 1) we learn about the Creator, and thus we acknowledge the true power of God with due respect. For the Jesus Follower and some others, the reason to study science also includes 2) worship of the Lord in adoration of beauty, function, and interaction of the living with their physical surroundings; 3) worship in exploring and discovering what exists via skills we receive as God’s gifts; 4) obedience in realizing our mandated role as stewards in caring for and sustaining God’s systems (which He called “very good”); and 5) empathy-compassion towards all life in recognizing its inherent worth and interrelationships. These attributes define Christians in the sciences as servants of the Most High.

Science as a calling is a wonderful and demanding Kingdom vocation. The universal nature of science becomes sanctified when it is attributed to the Creator and applied in serving others.

But what can we say regarding those non-Christians who practice science?  I must dissent to the common judgement that those outside the Christian faith who we necessarily engage with in our work are lost in the spiritual sense. The science-discipleship attributes listed above apply to many outside our faith. I have found through many projects and travel that science colleagues from all nations share more of the deeper Imago Dei attributes than our  bias might allow. The three most impressive shared qualities from those above are 2), the joy and wonder in a world that is more than happenstance; and 4) and 5), the power of altruism in serving good, even when it costs us something personally.

What happens when geoscience colleagues come to realize that there are people of strong faith among their community members? Personal experience convinces me that earth scientists do not fit the stereotype of the antagonistic atheists many religious folks might expect. Once  professional credibility is established, openly spiritual geoscientists tend to gain respect for themselves and, by association, for their faith. This does not mean that once a distinguished individual becomes a known believer, others line up to join the faith. It means that questions are often asked and appreciation is given when the outsider hears deep affections for the same things that motivate them. Love and care for the environment—Creation care in our faith language—is a major unifying concept. When stereotypes over origins issues are overcome, we find an avenue for sharing real faith. By this, I mean overcoming the public and media perception that all devout Protestants hold to a Young-Earth Creationist (YEC) perspective on origins.

It’s a good idea, of course, to restrain our opinions about politics or other divisive issues until a trusting rapport has been established. Even then, it will be our love of neighbors, shown through kindness, good humor, and empathy, that gain us new friends among our scientific colleagues of different or no faiths. Everyone has heart issues that lead to our deeper humanity. I have never received a negative response after mentioning prayers for another person’s life concerns. There is a good reason that bartenders tend to become ex-officio confessors and therapists.

While alcohol might help some people lower their defenses, some good fun around coffee or a meal can also help new relationships nucleate. It is amazing how many rank-and-file geologists will mention their own church background and how it became rejected, irrelevant, or of low time priority in their lives. It is sad to learn how “Church” has been guilty in alienating so many young people, particularly those with questions requiring wise discernment and a soft touch in reply.

I have gone to Kosovo five times to work with Muslim communities in villages devastated by war. My student apprentices and I have become like family to the villagers. Community members can see our dedication as we repair their water and sanitation systems. We go as volunteers, having raised some institutional support from Wheaton College, as well as other more personal sources. After the initial weeks and months of getting to know each other, in spite of the difficulties of translation, we finally grow beyond suspected outsiders and into beloved friends. The local scientists and other professionals we labor with become partners in the cause. These people unashamedly show us love and fellowship. This has happened even as some Islamic extremists threaten our involvement and cooperation from locals. Sharing coffee and beer with the local scientists has made it easy to explain our motivations. They know we come in the name of Jesus (Isa, in Arabic) and they respect us and Him for it.

A unique workshop was convened in Stockholm last March for the purpose of seeking new cooperative, interdisciplinary ventures confronting great global challenges to life and sustainability. This Geoscience and Society Summit (GSS) brought together about 75 individuals, representing many institutions (academic, legal-governmental, business-industrial, and NGO) from 23 nations, in striving for problem solutions. It was encouraging that one new friend, a geologist-theologian spoke in open session about how faith and science must be partnered to find successful projects in many regions. He pointed out that people of faith make up a majority of the earth’s billions. If grassroots community projects are to be completed successfully, it will often be with the close collaboration of trusting faith leaders. Immediately after this presentation, some participants (notably from Europe and Canada) sought clarification. They were dubious that “God” or religious people were at all helpful in undoing the messes humans have inflicted on the earth. Once the speaker and two others of us had the opportunity to provide various concrete examples of faith-based sacrificial services, particularly in a scientific context, the skeptics were much less antagonistic. In fact, one made the comment that “If such a church really exists, then maybe I’d take a deeper look.” These detractors were honestly suspicious, indoctrinated by negative media stereotypes but willing to listen. They were impressed.

A close friend who is agnostic and I independently led professional sessions at the annual Geological Society of America (GSA) conference in 2013. Each of us desired to increase the amount of altruistic thinking and efforts among colleagues. The next year, we jointly convened a similar session for the GSA annual meeting. At the same time, we decided to implement a fuller commitment to this vision by co-editing a GSA volume published in 2015, Geoscience for the Public Good and Global Development (Special Paper 520). Its 39 articles covered a wide diversity of topics. Some of the papers were research oriented, some practical project reports, and some were more philosophical. It is gratifying to know that in this “secular” publication, seven papers were authored by a total of twelve people identifying as Jesus Followers. I co-authored a paper entitled “Religious Faith as a Motivation in Using Geosciences to Develop a Sustainable Future” along with Cambridge Professor Robert White, who also serves as Director of the British Faraday Institute for Science and Religion. Another paper, “Low-tech Waste Stabilization Ponds in the Service of the Global Poor: The W.A.S.T.E. Program,” was co-authored with Wheaton College faculty colleagues and undergraduate students. The fact that a significant waste-water project was formulated by Christians in science has been noted by many professionals.

Scientists who affirm the Lordship of Christ must strive to bring their whole life and profession to Him in practical ways, avoiding any compartmental division between faith and practice. We have a distinctive light to shine both outward for the public and science community to see as well as back toward our faith communities to recognize science as this special, God-ordained gift of ministry. This is an obligation. The light of science is under threat, ironically by many who claim Christianity as their faith. We are always on duty as ambassadors of Christ and of His authority over all Creation.


Jeffrey K. Greenberg PhD Geology-Geochemistry from The University of North Carolina-Chapel Hill (1978) is Professor Emeritus of Geology from Wheaton College. Greenberg’s research experience includes tectonics, structure, petrology, and mapping crystalline-rock terrains. He has also worked with applied geoscience in community development practice. This includes work with global ministries in Tanzania, Haiti, South Africa, and Kosovo. He is Vice President of the NGO Geology in the Public Interest; Co-convener of The Geoscience and Society Summit workshop, Stockholm, 2019; Co-editor of Geoscience for the Public Good and Global Development; Principal Investigator of a Templeton Foundation-Fuller Seminary STEAM Program devoted to recruiting Christian young people into science.
God & Nature magazine is a publication of the American Scientific Affiliation, an international network of Christians in science: www.asa3.org