​
The scientific evidence that humans evolved from earlier species of animals is vast, growing, and more compelling than ever. The supposed “chinks” in the theory are narrowing, not widening.

Why, then, do so many continue to resist the theory of human evolution? To address the elephant in the room for those of us living in the United States, Christians often perceive only negative consequences from accepting a theory that links them to animals. As a devout Christian and an active biologist, I assert to my fellow believers that evolutionary theory can be an asset, not a liability, to our faith. Evolution provides powerful and unique insights into the biological aspects of human nature, which only enhances the Christian perspective. Three insights are explored below.

Unlike some evolutionists, I do not argue the theory provides a moral framework for how to live. Rather, I argue that evolution cogently explains human nature, which does not equate to a defense of the morality of the “natural man.” Like most Christians, I believe true happiness and salvation come only through God’s grace. 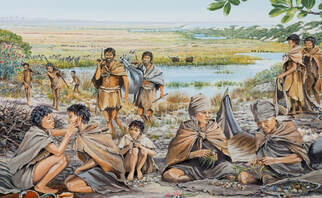 Insight #1: Evolutionary theory clarifies why humans are so preoccupied with sex.

Christians and other persons of faith rightfully worry about our sex-saturated society. Movies glorify casual sex as a natural and wholesome activity. Pornography and suggestive invitations infiltrate our email inboxes and social media. Front pages of newspapers get littered with sex scandals, child exploitation, sex trafficking, and more.

But why is our society so hyper-sexualized? Evolutionary theory teaches our relentless drive towards sex results from millions of years of natural selection, which cannot be easily stamped out. Whoever reproduces the most wins the evolutionary game. Individuals lacking this drive do not pass on their genes and therefore represent evolutionary dead ends.

Understanding our evolutionary nature helps us appreciate the magnitude of Biblical counsel to flee fornication and abstain from sexual immorality. It also helps us feel compassion toward sexual sinners.

Insight #2: Evolutionary theory explains why men are more likely than women to cheat on a partner or to engage in sexual harassment

Sexual immorality is not distributed equally between the sexes. The ongoing #metoo campaign dramatically illustrates that perpetrators of sexual harassment are overwhelmingly men. Survey data show unfaithful husbands outnumber disloyal wives by two to one. If the roots of marital infidelity and sexual exploitation result from the Fall of Adam, as many Christians believe, then why are sinners usually Sons of Adam, and why do Daughters of Eve disproportionately bear the burden of the sin?

Evolutionary theory teaches the disproportionate sexual misconduct of males reflects our ancestry. Humans evolved within the ape lineage where polygyny, rather than monogamy, is the rule. Polygyny means one male mates with many female partners, and males in positions of power tend to have more female partners. Evidence from voles, birds, and other monogamous animal species shows male fidelity gets favored by natural selection whenever the success of offspring depends heavily on paternal investment.

The evolutionary lesson for persons of faith is men are more likely to remain faithful when they feel their contribution to family is valued. In a world that too often paints fathers as incompetent and expendable, religious leadership can play a key role in proving and promoting the important influence fathers provide their children.

Insight #3: Evolutionary theory explains both the prevalence of greed and the contexts in which kindness is likely to occur

In addition to shaping our sexuality, natural selection has honed the comparative and selfish aspects of human nature for millions of years. Social media taps into these evolutionary roots when skillfully edited posts tempt us to feel ordinary or even inferior compared to others. In the words of C. S. Lewis, we too frequently get “no pleasure out of having something, only out of having more of it than the next man.” Evolution entices us to believe we must have it all.

Despite the prevalence of greed, the behavior of both humans and animals often transcends selfishness. Here, too, evolutionary theory provides insights. Evolution teaches individuals exhibit kindness disproportionately towards biological relatives because of shared genes. This explains why individuals go to great lengths to help distant relatives they barely know. It also explains why stepchildren get mistreated, neglected, and abused far more commonly than biological children—the so-called Cinderella effect.

Evolution also teaches individuals exhibit kindness when reciprocation is likely. Kind actions now bring delayed rewards—as long as the partner reciprocates. When a partner fails to return kindness, or when reciprocation is unlikely to begin with, then natural selection favors individuals who revert to their original selfish tendencies. Thus, evolution explains why business deals and international
negotiations between strangers are so often cordial yet can turn downright nasty after business ties have ended or a treaty is broken. It also explains why one-time encounters between strangers (for which reciprocation cannot occur) often lead to road rage or malicious tweets.

Understanding the limited contexts in which evolution produces kindness shows why we humans struggle with Jesus’ counsel to “love your enemies, bless them that curse you, do good to them that hate you, and pray for them which despitefully use you” (Matt. 5:44, KJV). Effectively, Jesus tells us to renounce our evolutionary nature and live life to a higher, holier standard, a truly revolutionary way to live.

Evolutionary theory thus provides insights into fundamental issues faced by all persons of faith—how to navigate sexuality, strengthen family, and love our neighbors. Science by itself, however, can explain only how the world works, not how it should work. Accordingly, societal acceptance of human evolution does not preclude the need for faith-based solutions to modern dilemmas. The ideal society includes a vibrant partnership between science and religion. As Einstein observed, “Science without religion is lame.”


Dave Gammon is a devout Christian and Professor of Biology at Elon University. As an integrative scientist who strives to build bridges beyond traditional scientific communities, he engages in many science outreach efforts and has taught human evolution for nearly two decades. In his church service he has ministered with all age groups and currently serves as the organist for his congregation.
God & Nature magazine is a publication of the American Scientific Affiliation, an international network of Christians in science: www.asa3.org