by Mark A. Rivera

What can be asserted without evidence can be dismissed without evidence.
​
Hitchens's Razor is an epistemological razor contending that the burden of proof regarding the truthfulness of a claim lies with the one who makes the claim, and if this burden is not met, the claim is unfounded and its opponents need not argue further in order to dismiss it.

As utilized in practice, it is equivalent to this simpler and stronger statement: Assertions without evidence must be dismissed (without evidence). I put “without evidence” in parentheses, because this extension is superfluous.

In order to uncover the implicit assumptions that support Hitchens’s razor, we can formulate it as a conclusion that follows from two premises: 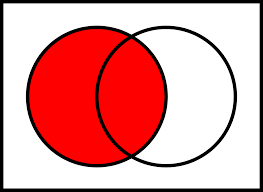 
The first premise is true as a rule of science, but it is also fairly open regarding one’s definition and/or standards of evidence. Evidence is simply that which makes evident. Historically, it comes in the form of experience or observation – as opposed to making evident by reason alone. In practice, evidence is usually some combination of reason and observation/experience. This is because observation/experience must always be interpreted by the mind, which uses past experience and reason to interpret it.

It is fairly clear that evidence can lay along a spectrum between not being evident at all to being plainly and convincingly evident.​ It also seems clear that exactly what is being made evident can have some room for interpretation and therefore uncertainty.

The second premise sets up a false dichotomy. Assertions need not be either accepted or dismissed. Assertions can be “in consideration” or "pending further evidence,” particularly based upon one’s standards of evidence as previously discussed. In other words, the jury can be out.

People who are considering the question of God’s existence point, for example, to observations regarding the fine-tuning of universal constants or the inherent “order” of the universe. It is therefore quite reasonable to hold the assertions “God exists” or “The universe was (is) created by an intelligent agent” in consideration without resort to faith or any fundamental violation of logic or reason. This stance becomes more reasonable if the definitions of God or intelligent agent are open to modification. In short, these assertions need not be dismissed in order to protect reason from assault, only to protect a materialist world view.

It seems to me that, regarding hypotheses related to the reality of intelligent design and/or God, a more reasonable axiom might be:

Absence of evidence does not necessarily constitute evidence of absence.
​
In other words, the jury is out.


​
Mark A Rivera is a retired physicist who worked for 35 years developing advanced technologies for commercial and military space systems. He has a master of science in physics from California State University at Long Beach and a bachelor of science in applied physics from the University of California at Irvine. His personal interests include philosophy of ethics and political science. Politically he holds to voluntarism and social plurality. Religiously he considers himself a “liberal and open-minded Christian."
God & Nature magazine is a publication of the American Scientific Affiliation, an international network of Christians in science: www.asa3.org