I find the debates about the nature of time interesting, and I’m in good company. It is an old and ongoing discussion that has included the greatest of philosophers and physicists. In particular, the clash between Newton and Leibniz on this question has got me thinking about a problem with the Young Earthers’ argument. Isaac Newton held that time and space are absolute—meaning that they are independent of the Universe. If you like, you can think about the Universe as existing in time and space. A consequence of this for Newton was that it led him to a theology in which God also exists in this absolute time and space. So, before the Universe was created, God, space, and time coexisted. God then created the Universe inside of space and time. 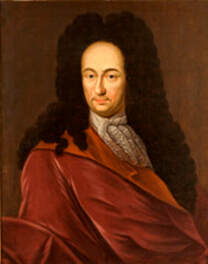 There are many theological problems with this, one of which was noted by Newton’s contemporary, Gottfried Leibniz. Leibniz argued that Newton’s view was actually heretical. Leibniz believed that God acted with reason and that a God of reason could not exist inside of time. Consider the issue of God creating the Universe inside of space: God would have to decide where to put it. And since every part of space is the same, there could be no reason to prefer one place over another. Likewise, if God exists in time, how can God decide when to create the Universe? Why would a God that acts with reason prefer creating the Universe one second from now versus one hour form now versus a millennium from now? Leibniz argued that Newton believed God to act without reason and so without purpose, and therefore Newton was a heretic. (Clearly, part of Leibniz’s motivation here was to humiliate and debase Newton. The two had a long professional and personal battle.)

The Young Earthers face a similar problem. They hold that the Christian God created the Universe somewhere around 6,000 years ago. Though physical evidence contradicts this, Young Earthers counter with challenges to the reliability of various dating methods. I think that Leibniz can show us that the Young Earthers’ argument contains an internal contradiction—a paradox, if you will.

A Young Earther might respond by saying that God just picked one. This gets to Leibniz’ objection. A god that picks action by flipping a coin, or, we imagine, by saying “Why not, I’ll do it now” is a god of whimsy, not the Christian God. I don’t see how this type of action by God is in any way consistent with what the Young Earthers would agree is a God of reason and purpose.

But maybe we can help the Young Earthers here. They might argue that I am missing a key point with respect to the six days of creation. God could not have created the Universe with the matter in an earlier or later state, because that initial moment, as they have calculated it, must be the first moment that is followed by the creation as detailed in Genesis.

There is still a problem here for the Young Earthers. In the Genesis creation story, God is creating in stages spaced by one day. Setting aside the obvious problem of what a “day” is before there is an Earth, the God of the Genesis creation faces the same fundamental problem as Newton’s creative God. Why does this God wait one day? Why not wait two days, or one day and a billionth of a second? Just as with Newton’s God, the literally understood God of Genesis creation lacks purpose in when the actions are taken.

The Young Earther’s argument is, of course, at odds with all we know about modern cosmology. But I think it’s more interesting that their argument is at odds with a God of reason. I imagine that Leibniz, if he were aware of the cosmology of the mid-1900s, would have seen the Big Bang as evidence of Universe being created by a God of reason, the Christian God.

Eric Kincanon received his Physics Ph.D. in 1987 from the University of Missouri, Columbia. Since then he has taught at Gonzaga University in Spokane, WA. Along with teaching a variety of upper and lower division physics courses, he teaches a course on the Philosophy of Time, which explores the metaphysics of time. His research interests are broad, including publications is physics, philosophy, psychology and sociology.  He and his wife have had quite the adventure raising their triplet children.
God & Nature magazine is a publication of the American Scientific Affiliation, an international network of Christians in science: www.asa3.org