When I was nine years old, my Aunt Margaret took me to the hatchery on their family farm in Northern Ireland for Christmas. The incubators were heated by kerosene, and she was carrying a hurricane lantern lit by the same fuel—I still remember the heavy scent hanging in the air. Aunt Margaret was doing what she called 'candling' the eggs: holding them up to a candle to see if there was a viable embryo inside. 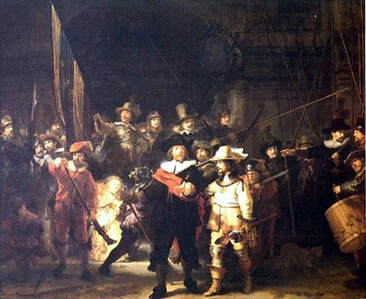 "Look! You can see the little heart beating," she said, holding the egg in front of the candle flame so I could see it fluttering in the golden orb. "Isn't God wonderful?"
"Yes indeed!" I replied.

Then I asked the question which has come to integrate my thinking, my faith, and has motivated my scientific enquiry my whole life.
"Aunt Margaret—how does God do that?"

My aunt had never even considered such a question. For her, it was simple: the development of the chicken from the egg could not take place without the ongoing miraculous intervention of God.

And back then, no one really knew how the egg turned into a chicken. Chromosomes had something to do with it, but how they worked was a mystery. However, that very year (on my ninth birthday, in fact, 25 April 1953) Watson and Crick had published their seminal paper on the structure of DNA and how it replicated genes down the generations. Light at the end of the developmental tunnel, illuminating dimly the blueprint of life! I met Watson years later, and we laughed together that I remembered the day his paper was published, but, of course, it was many years later when I read it.

Then there is the other question I never asked my aunt: “Why?”

After graduating with a degree in Microbiology, I decided to pursue my PhD in Genetics. During a summer break, I hitchhiked my way around Europe. Czechoslovakia was open then—it was the "Prague Spring," when Dubček was in power—but that is another story. While staying in a youth hostel in Prague, I met a girl who was an arts student. Frieda and I made our way together to Amsterdam, where I stayed with her and her family for a few days.

One of the places we visited was the Rijksmuseum. I stood in front of The Night Watch, contemplating the painting for many minutes. My friend was following my gaze as I became absorbed in that great work.

"Frieda," I asked eventually, 'How did Rembrandt do that? It's magical in its impact."

"No," she said. "It's not magic. It is the work of a creator. Studying how Rembrandt created such wonder is going to be my life's work, my vocation."

"And," I said as we walked towards the exit, "if you understood the techniques he used to make such creations, and could even use them yourself, would that diminish your sense of wonder and awe at his work?"

"Oh no!" she said. "Beauty is not diminished by Knowledge nor is Wonder reduced by Understanding."

She paused for a few seconds, reflective. “But there is another question you must ask, and in the very asking you will receive the answer!”

Many years have passed since Frieda and I stood in front of The Night Watch. In those intervening years, understanding of Genetics and embryo development has soared. I renewed my acquaintance with that painting when I was in Amsterdam for a business meeting. Then, while waiting for my flight home to Toronto from Schiphol, I caught a whiff of jet fuel. I closed my eyes, and once again I was the nine-year-old boy wondering at the beauty of the little heart beating in the translucent orb. As a geneticist with some understanding of how the egg transforms into a chicken, I am still filled with the wonder of it all. Beauty is enhanced by Knowledge, and Wonder expanded by Understanding.

​Sometimes I think that if I had asked my Aunt Margaret that second question—“Why?”—she would probably have smiled quietly and said: “Why? It’s a Gift!”


Gordon Murray grew up in an evangelical Christian environment. As his understanding of creation developed through undergraduate and graduate studies, his faith was strengthened. How creation "works" especially in developmental biology has always fascinated him. ​
God & Nature magazine is a publication of the American Scientific Affiliation, an international network of Christians in science: www.asa3.org