In a recent class, I was working through the derivation of an equation for my students. Undergraduate college students do not always enjoy watching their instructor derive equations, but on this occasion, something special happened. I was nearing the end of the derivation when one of the students in the front row saw what was about to come out of it, and I heard him say, “Oh my God!” It was an almost involuntary reaction to an unexpected connection that he saw in the math on the board. I was delighted, of course—this kind of engagement is what makes teaching fun. What emerged from the derivation was an equation the student has probably known since high school. In previous courses he had been given the equation and told it was true, and he probably used it to solve endless homework problems. But here it popped out as the surprising but inevitable result of more fundamental properties.

The student caught a glimpse of one of the underlying links that tie physical phenomena together. Two seemingly unrelated pieces of a puzzle suddenly fit neatly together. The equation we were deriving in this case is the ideal gas law, taught in all introductory chemistry courses. We had derived the equation starting from a simple model in quantum mechanics called the “particle-in-a-box” model for the energy states of non-interacting particles—routine subject matter for the course I was teaching. It was just another derivation for this college junior in chemical engineering, until he saw an unexpected relationship. 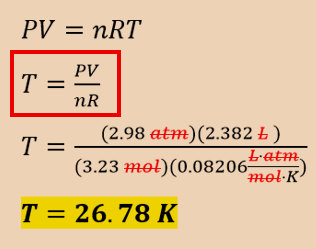 I marvel at these hidden connections as they take me and my students by surprise. These unexpected and seemingly serendipitous relationships evoke in me a deep sense of awe. It’s as if one catches a brief glimpse of God, and God is winking, delighted to share with us a hint of the order that he built into the universe, as if to say, “see what I did there?” I see a wink when an elegant equation summarizes a whole world of phenomena, opening new ways of understanding. I see a wink when a phenomenon discovered years earlier finds new applications in an entirely different field. I see a wink when an experiment in the lab gives a clear-cut result that is different from what we expected to find, teaching us something new.

It’s hard to describe the sudden feeling of awe and joy one feels when that happens, as if the fog lifts briefly to reveal a mountain peak in the distance, or a musical theme comes back majestically in a new context. Whether we perceive it as God winking or simply as something really cool about the universe, we have the sense of standing before something of astonishing beauty.

In the nineteenth century, as the phenomena of electricity and magnetism were being worked out, Scottish physicist James Clerk Maxwell found that he could summarize the properties of both electricity and magnetism in mathematical laws now known as Maxwell’s Equations. (Much of Maxwell’s theory is based on the experimental work of British chemist and physicist Michael Faraday. Both Maxwell and Faraday were devout Christians, seeking to honor God through their work.)

Fiddling around with his equations, Maxwell discovered a wave equation describing undulating electric and magnetic fields propagating in time and space. Something else fell out of his wave equation: wave equations imply not only the existence of waves but also their speed, and when Maxwell calculated the speed of the electromagnetic waves, he found that it matched the speed of light, 300,000 kilometers per second. In what ranks as one of the great discoveries of science, Maxwell concluded that light consists of waves of electricity and magnetism: electromagnetic waves. Maxwell caught a glimpse of one of God’s winks, an unexpected connection telling us about the nature of light.

But that is far from the whole story of light. Light—an electromagnetic wave, according to Maxwell—was shown by Max Planck and Albert Einstein to be composed of particles that we now call photons. If the two descriptions, waves and particles, seem contradictory to you, join the crowd! Neither concept in itself gives the whole truth of the nature of light. The quantum world holds this seeming contradiction together to describe light as both wave and particle, to the immense puzzlement of generations of scientists. God’s universe is more subtle and strange than anyone could have guessed.

Sometimes the unexpected connection is a new application of well-known phenomena. Light is the basic ingredient of the light microscope, the enabling tool in the field of cell biology. The wave nature of light imposes a lower limit on the size of objects that can be resolved in a microscope. Objects smaller than (roughly) the wavelength of light cannot be resolved under a microscope. That makes it difficult to image tiny components inside cells—for example, the cytoskeleton, the protein scaffolding that gives a cell its shape.

​Recent innovations have led to methods to beat this resolution limit, and they rely on the particle nature of light. The 2014 Nobel Prize in Chemistry was awarded to Eric Betzig, W.E. Moerner, and Stefan Hell for their discovery of these new methods of seeing into the interior of cells. In one of these new approaches, developed by Betzig and independently by Xiaowei Zhuang and others, light emitted by fluorescent proteins inside a cell is imaged by a microscope onto highly sensitive cameras. Each protein molecule is detected individually after it absorbs light from a laser and re-emits light of a slightly different color. The position of each photon of light emitted from a protein molecule is recorded as it strikes the camera, building up a pattern of photon strikes shaped something like a mountain peak. The top of the peak marks the position of the emitting molecule. As scientists started to exploit this technique, they realized they could locate the peak to pinpoint the location of the emitting molecule with accuracy 10 to 100 times greater than the conventional resolution limit of a microscope. Just as the peak of a mountain is much narrower than its base, the peak of the emission pattern from a single molecule is much narrower than its width and can be located with high precision. Betzig and his coworkers figured out a way to turn a series of such measurements of the locations of molecules into an image of the substructures of cells. Again, I see a wink in this connection between the wave/particle nature of light and new methods of seeing into the interior of cells.

These connections are also the foundation for the very idea of science. We have no reason a priori to expect a universe of order rather than chaos, a universe with deep connections tying superficially unrelated physical phenomena together. Yet scientists assume that they are there and learn to look for them. Major advances in science often come as disparate phenomena—like electricity and magnetism or the wave/particle nature of light—are brought under a unifying theory, a wink from the Creator. Science goes hand in hand with our belief in the Creator God.

It’s God’s winks that keep me in science. They are rare for me, and I envy those (like Newton, or Kepler, or Einstein, or Feynman) who could see so much more clearly. Sharing these connections with students is one of my greatest joys in teaching. There are many connections yet to be discovered, and at the end of each of them, God is waiting with a wink. As I encounter them, I am learning to say, with awe and reverence, “Oh, my God!”


Carey Johnson retired from the University of Kansas, where he was Professor of Chemistry for 35 years. His research involved time-resolved and single-molecule spectroscopy to study dynamics in proteins and other systems. Now retired, he continues to supervise undergraduate students in his lab. He is active in his local church and is a member of the ASA.
​
God & Nature magazine is a publication of the American Scientific Affiliation, an international network of Christians in science: www.asa3.org