​
In his 2009 book The Future of Faith, theologian Harvey Cox notes the increasing numbers of people who are “spiritual but not religious” (1). They are deserting organized religion over such issues as pedophile priests, women’s and LGBTQ rights, and scientific questions. 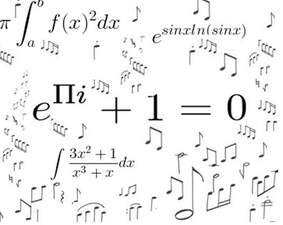 How can the “spiritual but not religious” be reached? A more creative emphasis on the beauty of the Divine, expressed in music, mathematics, as well as poetry and art, is essential for the future of religion. Let’s revive younger people’s appreciation of our ancient stories and liturgy with the excitement of new discoveries. Several books have documented the fact that our universe is more vast, awesome, and beautiful than previous generations ever imagined (3-6).

Music
The New Atheist philosopher Daniel Dennett has admitted to being moved by sacred music (7). Rev. Rob Bell, founder emeritus of the Mars Hill Bible Church in Michigan, appears in non-liturgical blue jeans in his video “Rhythm.” He then shares the following: “When I think of God, I hear a song… This song is playing all around us, all the time… It’s written on our hearts. And everybody is playing the song… This question isn’t whether or not you’re playing a song. The question is: are you in tune?” (8) Neurologist Oliver Sacks observed how music animates people with Parkinson’s disease who cannot otherwise move. Music also gives words to stroke patients who cannot otherwise speak. It calms and organizes people whose memories are ravaged by Alzheimer’s or amnesia (9).

In a 2011 study, Finnish researchers have used functional magnetic resonance imaging (MRI) to study how the brain processes different aspects of music such as rhythm, tonality, and timbre (sound color) in a realistic listening situation (10). The results revealed how wide networks in the brain, including areas responsible for motor actions, emotions, and creativity, are activated during music listening. The new method used in this research helps us better understand the complex dynamics of brain networks and the way music affects us. Music is our human superpower (11).


Mathematics
The second-century Greek scientist Ptolemy expanded Pythagoras’ geocentric worldview to include mathematics that could predict the motions of the planets and the moon. In his model, the planets rode on circular epicycles whose centers followed circular orbits about the earth. In 1543, Copernicus reduced the number of these epicycles by placing the sun in the center.

Isaac Newton (1642-1726) discovered the mathematics of gravitation and motion, which enabled him to derive Kepler’s empirical planetary laws. In “General Scholium,” an addendum to the 1713 second edition of his seminal work Mathematical Principles of Natural Philosophy, he concluded: "This most beautiful system of the sun, planets, and comets could only proceed from the counsel and dominion of an intelligent and powerful being."

Music, Math, and the Future of Religion
Music has long been a conceptual force in the development of mathematics and science (15). Both music and math have patterns. The Greek philosopher Pythagoras (born c. 570 BCE), founder of a mystical religious order, discovered that harmonious musical chords have ratios of whole numbers. The octave, for example, has string lengths of two to one. He also observed that the intervals between the then-known radii of the planets were the same as those of the musical scale (16). This led to his idea that the planets rotating about the earth on transparent crystalline spheres made the beautiful “music of the spheres.” Kepler, building on Copernicus’s bold heliocentric hypothesis, gave each planet a unique song in his Harmonice Mundi (Harmonies of the world). Kepler’s celestial choir was made up of a soprano (Mercury), two altos (Venus and Earth), a tenor (Mars), and two basses (Saturn and Jupiter).

The integration of beautiful music, mathematical cosmology, and new scientific understanding may help us move into the future of religion with increased hope.


Paul H Carr, BS, MS, MIT; PhD Brandeis U, IEEE Life Fellow, led a branch of the AF Research Laboratory that developed the miniature, low-cost, surface acoustic wave (SAW) filters used in cell phones and radar. The Templeton Foundation awarded him grants for the philosophy courses he taught at U Mass Lowell. This inspired his book Beauty in Science and Spirit (2006). He has been an ASA member since 1995. In 2017, he championed the Institute of Religion in an age of Science (IRAS) conference on climate change and was given the IRAS Academic Fellow Award. His web page is www.MirrorOfNature.org.
God & Nature magazine is a publication of the American Scientific Affiliation, an international network of Christians in science: www.asa3.org