When it comes to prayers of praise and thanksgiving, a scientist who is a believer has no problems, because these prayers usually acknowledge past events. The problem arises when the prayer is a prayer of petition, which requires a response from God. A prayer of petition is a request that may interfere with the orderly laws of nature. This is where the scientist struggles, feeling that prayers of petition could oblige God to change the fixed laws of nature that He has created.

A successful scientist depends on the reliability of the laws of nature. His research is based on the fact that these laws (e.g. the law of gravity) do not change. He relies on these laws to advance his theories, which lead to new discoveries. The scientist accepts physical laws as reliable and comprehensive, requiring no need for supernatural influence. He/she believes that these laws describe all that can be known about Nature. Ergo, prayers of petition are superfluous and unnecessary. 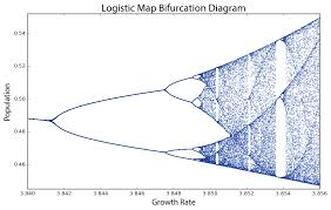 This position, however, is no longer sufficient to describe Nature as we know it. Several new insights into how Nature operates have opened up new possibilities. Physicists no longer describe the physical world operating as a clockwork machine. Classical laws such as Newton’s Laws of Motion remain operative, but they have been expanded and redirected by new discoveries.

I am told by scientists that prayers of petition change one’s attitude rather than interfere with physical laws. This is often true; however, Jesus told his disciples in John 16:23-24, “my Father will give you whatever you ask in my name. […] Ask and you will receive, and your joy will be complete.” Even more troubling is his statement regarding the power of faith: "I tell you the truth, if you have faith as small as a mustard seed, you can say to this mountain ‘move from here to there,’ and it will move. Nothing will be impossible for you” (Matt 17:20).

Can our prayers of petition influence or change the orderly laws of nature? How does a believer convince the skeptic (or the believer with doubts) that our petition prayers, uttered properly, can truly influence the physical world?

In fact, there are two major scientific insights that show that Nature is open and thus allows for interaction from the unseen world, as prayer of petition implies. They are Quantum Mechanics, which describes subatomic phenomena, and Chaos Theory, which deals with phenomena such as meterological behavior and climate changes. Let's take each separately.

Early in the 20th century, physicists discovered that the world of photons, electrons, protons, neutrons, etc. do not obey the classical laws of physics. All subatomic particles exhibit a dual nature, sometimes behaving as waves, sometimes as individual particles, depending on the observer’s focus in the experiment. The two descriptions appear contradictory, and yet we cannot explain subatomic phenomena without both. Another important feature of the quantum world is that the behavior of particles can only be described by rules of probability, subject to the uncertainty principle. In science, probability is used to describe events that may or may not happen. Some events are highly probable; others may have low probability.

If nature is exhibits “free will” for particles at the subatomic level, chaos theory has come to describe complex phenomena such as the atmosphere, the climate, or the stock market on a macroscopic scale not by using linear, clockwork-like processes, but through difference equations, where initial conditions and many variables have an enormous influence on future outcomes that appear random and chaotic. While chaos theory describes a deterministic course of events, in practical terms the outcomes appear to be as unpredictable as they are in the truly stochastic world of subatomic phenomena. A good example is the proverbial concept that a butterfly flapping its wings in Hawaii could have a major effect on the weather in California in a way that appears to be completely unpredictable.

We live in a physical world that is governed by physical laws representing law and order even in their probabilistic or chaotic nature. No wonder that the human mind looks for some design, some order, some pattern, even if at first glance things seem random. But these insights indicate that Nature is not subject only to predictive laws. The world we live in is exciting, challenging, and full of mystery. Could such a world also allow for input from non-physical sources and thus leave room for action by its Creator, a Spiritual being? In explaining our need to recognize and honor our Creator, Jesus spoke of God as being Spirit (John 4:24). The book of Hebrews states that "By faith we understand that the universe was formed at God’s command, so that what is seen was not made out of what is visible” (Hebrews 11:3). We therefore live in a finite, physical reality that points to a much more comprehensive reality, the spiritual world. If both are the creation of one God, there must be a rational and coherent relationship between the two.

Our Lord described this relationship by teaching his disciples how to pray: "Your will be done on earth as it is in Heaven" (Matt 6:9-13). This plea circumscribes our prayer of petition as not being one of selfish begging, but one that is in harmony with God's will. In other words, God's answers to our prayers merge seamlessly with his physical creation.
​
Therefore, a scientist can pray prayers of petition, knowing that God will answer. Both the physical world and the spiritual world show us that when our will merges with the will of God, He will answer us. He promised in I John 5:14-15 that "if we ask anything according to His will, he hears us. And if we know that he hears us—whatever we ask—we know that we have what we ask of him."

These thoughts are based on a talk Sir John Polkinghorne gave at the Socrates Club in Montreal, Canada, on April 4, 2020.
Bible quotes are from the New International Version.

​Kenell (Ken) Touryan retired from the National Renewable Energy laboratory in 2007 as chief technology analyst. He spent the next eight years as visiting professor at the American University of Armenia (an affiliate of UC Berkeley). He received his PhD in Mechanical and Aeronautical Sciences from Princeton University with a minor in Physics. His first 16 years were spent at Sandia National Laboratories as Manager of R&D projects in various defense and advanced energy systems. He has published some 95 papers in refereed journals, authored three books, and co-owns several patents.
God & Nature magazine is a publication of the American Scientific Affiliation, an international network of Christians in science: www.asa3.org