It’s been a busy summer. My younger son has rekindled my faith in miracles by obtaining exam results sufficiently impressive for him to head off to Newcastle University to read Computer Science, whilst surviving almost entirely on pasta. With my older son already off on his studies, it would be tempting to draw the conclusion that the nest is now empty. However, life is rarely that straightforward. Due to further miracles, I married Alice on 20th July and moved across Nottingham, a little further away from the University. 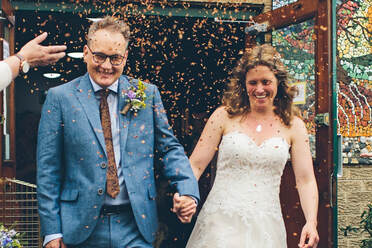 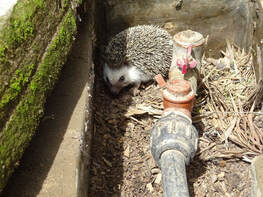 My old commute involved a walk or cycle through Wollaton Park–one of the shooting locations for the Batman film The Dark Knight Rises. My new journey to the office is rather more urban, and whilst my bike is being re-tyred, I’ve been making good use of Nottingham’s buses.

Readers from outside of the UK will probably be unaware that until the mid-1980s, most buses here were owned and run by local councils. However, in line with the Thatcher government’s plans to privatise just about everything, buses were “deregulated” and bus routes were opened up to competition, much to the horror of bus-spotters, who were no longer able to keep a track of the vehicles on the various routes (I kid you not). Despite most bus companies being privately owned and run, many of Nottingham’s buses remain in council ownership.

At this point, I must dispel any visions of clapped-out ancient vehicles that may have entered the readers’ minds. Far from being old-fashioned, Nottingham’s buses boast state-of-the-art live timetable information, digital displays of the route, USB charging points, and video information screens on board. The route I travel is served by the world’s largest fleet of biogas double-decker buses, which have a video playing on loop extoling the virtues of this new technology*. Biogas is generated in the centre of Nottingham through anaerobic digestion of food waste, farm waste, and sewage. Apart from a slight smell of fish and chips when getting off the bus, the technology seems to work very well.

I’ve seen biogas being used first-hand in Tanzania–not to run buses, but in rural areas to produce fuel for cooking. The technology works pretty well where there is a regular supply of waste to convert into fuel. Many small biogas plants are used by farmers to digest cow manure and organic waste. As well as producing fuel to replace liquefied petroleum gas, the digestate makes an excellent fertiliser to increase crop yields.

The project I was involved with in Tanzania was in partnership with a Christian development charity, CREATIVenergie, and The ECHO East Africa Impact Center. We visited many homes which used biogas, from simple farmsteads to a sumptuous ex-pat luxury home with ingenious plumbing which took the toilet waste directly into an anaerobic digestor to provide gas for a swish range cooker.

One of the issues with biogas is that when the digestors start to run into problems, it can be difficult to get help, particularly in remote areas. Our project used simple remote monitors to feedback data on the pressure to indicate if the gas was being produced and used at the expected rate. If there is a problem, the households can be contacted by phone or text to try to resolve any small maintenance issues; or, if the problem is more serious, a technician can be sent to repair the unit. One unexpected issue that we uncovered on our visits was a hedgehog which had taken up house right next to the main shut-off valve. Although its prickles weren’t sharp enough to puncture the gas pipe, it made accessing the valve a little tricky!

Returning to my busy summer, I’m pleased to report that as well as saving gas, biogas can also play a small part to bring about marital harmony. One of the women using biogas reported: “My husband has a problem with his eyes when I’m cooking... he doesn’t dare even come into the kitchen…but when I’m using biogas, he can come to the kitchen and we cook together”.
​
*Actually, gas buses were used extensively in the UK during World War II, but like many novel technologies developed during times of crisis, buses returned to conventional fuels once diesel and petrol were more readily available.

Mike Clifford is an Associate Professor in the Faculty of Engineering at the University of Nottingham. His research interests are in combustion, biomass briquetting, cookstove design, and other appropriate technologies. He has published over 80 refereed conference and journal publications and has contributed chapters to books on composites processing and on appropriate and sustainable technologies.
God & Nature magazine is a publication of the American Scientific Affiliation, an international network of Christians in science: www.asa3.org