Chris artistically depicted some of the microscopic views of petrographic thin sections that I had shown to him in his paintings. Here are two of these paintings:
​​ 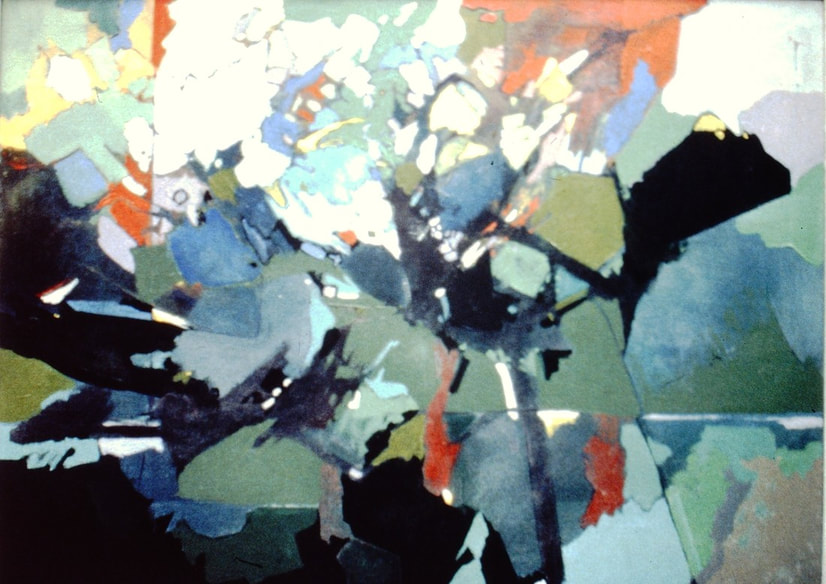 ​ “Formation” was reproduced on the cover of The Banner, the weekly publication of the Christian Reformed Church, on February 22, 1982. That issue of The Banner was focused on “The Christian and the Arts" and included comments by Chris Overvoorde. 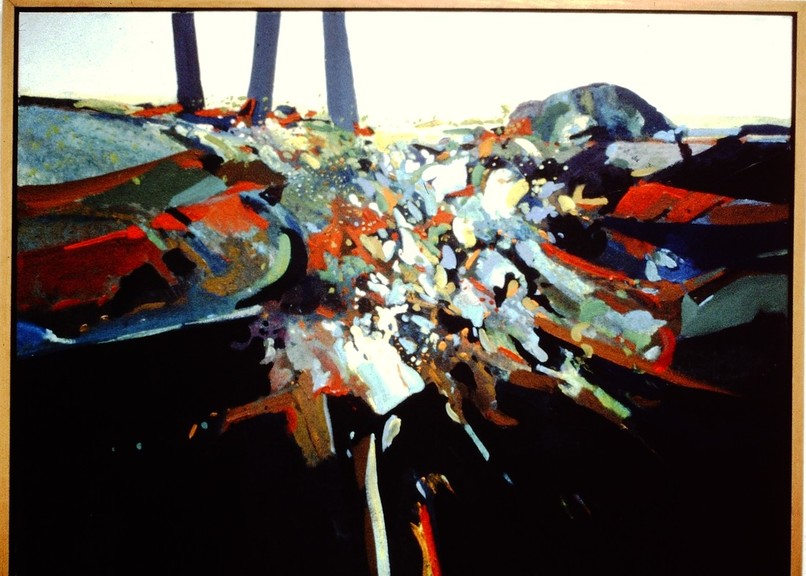 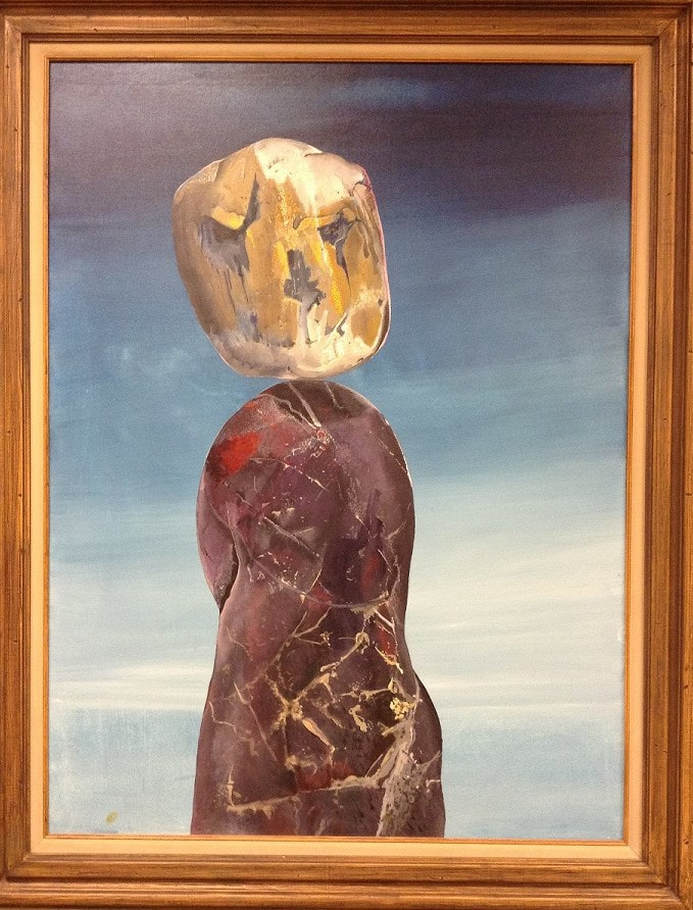 ​
​"Ode to a Geologist" ​was created in 1972, using acrylic paint on canvas.  The painting measures 38 inches wide by 50 inches high. I was drawn to “Ode to a geologist,” and Chris seemed eager for me to have the painting. I found out later that the geologist in the title of the painting was me. It hung in our living room for 38 years. When Chris had a “Retrospective” exhibit of his art in the Grand Rapids Art Museum in 2003, he borrowed the painting for a few months to include it in the exhibit. As part of this exhibit, Chris commissioned his friend, writer Cor Barendrecht, to compose a poem, also entitled “ode to a geologist,” to accompany the painting. The poem is presented below.

faces without eyes
which, not having seen,
yet know