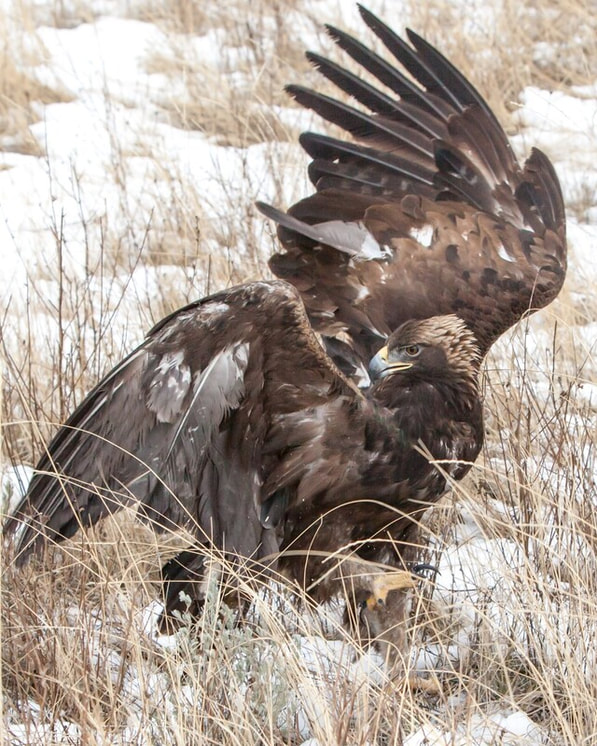 ​I left my tent early one morning to make sunrise photos on the Owyhee River of southeastern Idaho. I planned to scramble up loose rock to a cliff ledge facing the rising sun. When I arrived at the ledge, I positioned my tripod to compose what I hoped would be an inspiring photo.

But something large whizzed past my head, startling me so severely I nearly fell over!

A golden eagle was attacking me. I had apparently ventured near her nest, although I couldn’t see it. For the next half hour, I kept one eye on the eagle, who periodically attacked me, and one eye on the rising sun.
​
When I encounter creatures defending their young, I think often of the kin selection theory of altruism. It says creatures are more likely to act self-sacrificially to protect those with whom they are closely related genetically. W.D. Hamilton even offered equations for the theory. On my outdoor adventures, I’ve encountered hundreds of birds acting altruistically on behalf of their chicks or eggs.
Does kin selection entirely explain the urge to see one’s genes passed into future generations? I doubt it. Humans often act self-sacrificially for those to whom they are not genetically related. Think of adoption, as an obvious example. Other animals do as well.
While not a proof for the existence of a God who might call creatures to act self-sacrificially, golden eagles who “dive-bomb” photographers might serve as a small piece of evidence that such a God exists. 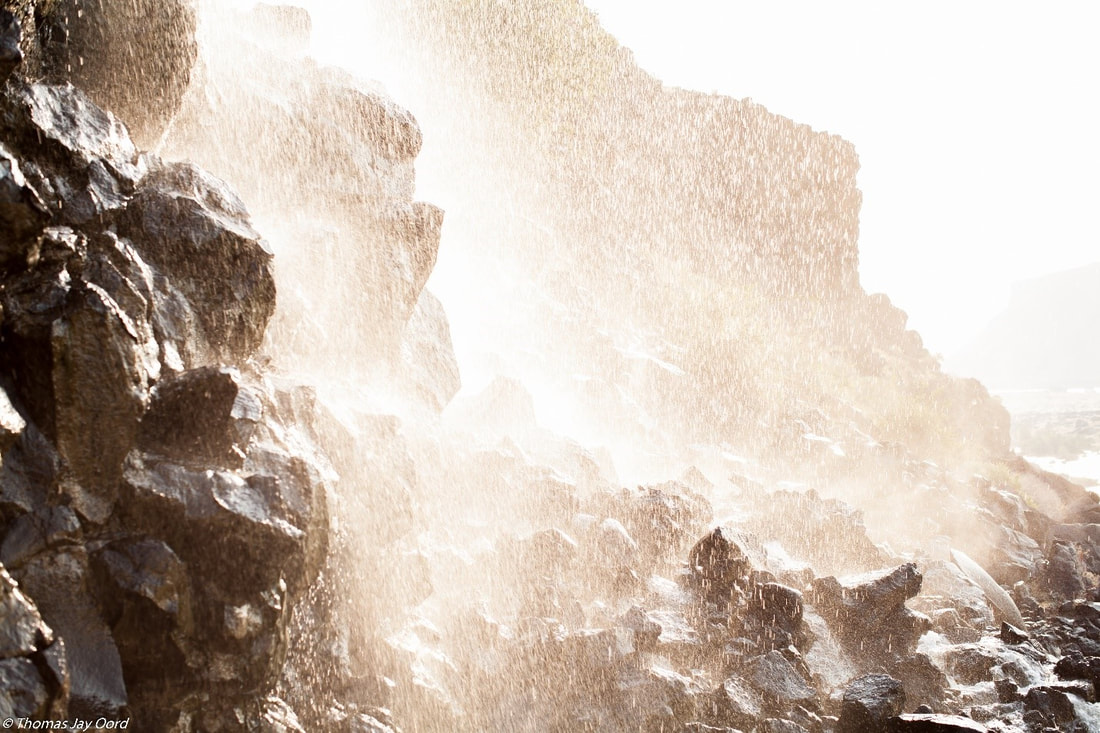 ​This photo prompts two related thoughts. Both relate to nature and time.

First, I used a slightly slower shutter speed to show drops of water in motion. I did this to depict visually my belief that existence is always in motion. Everything changes. Some things change quickly (e.g., brain activity); other things change slowly (e.g., rocks). But nothing in nature is immutable.

The implications of these ideas for scholars in science-and-theology research are profound!  Some of the most influential scholars in this field explore them.
​
That’s what I was trying to show when I made this photo. 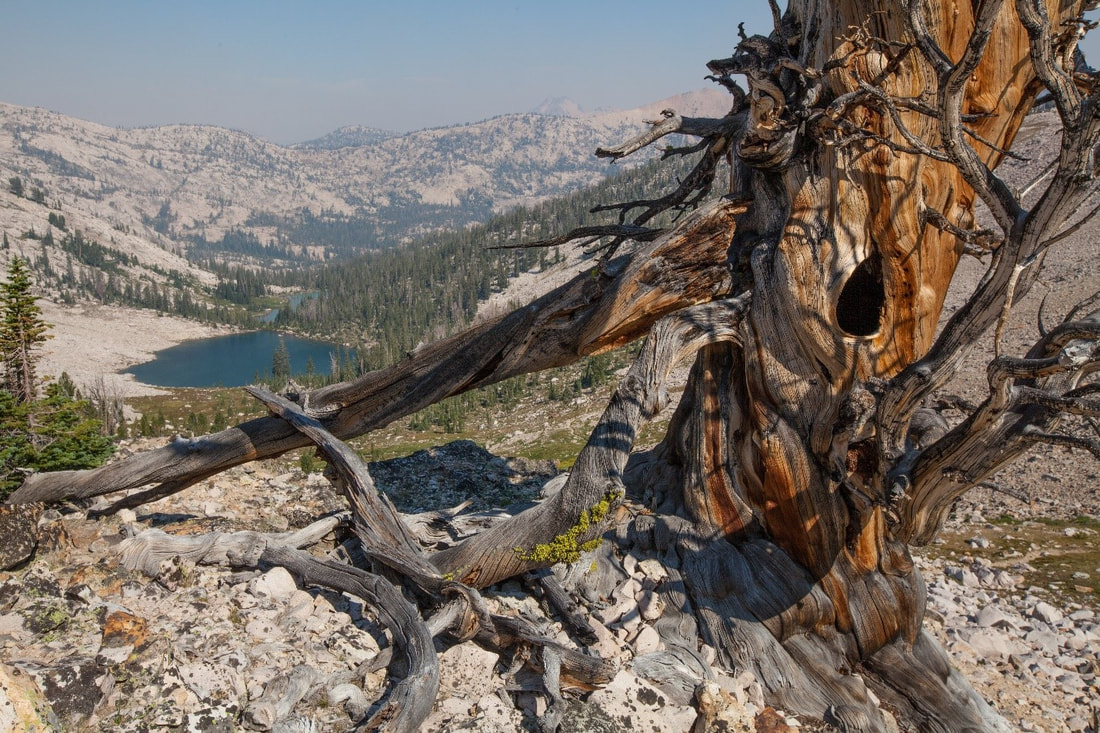 ​Forest fires provide obstacles and opportunities to backpacking photographers like me.

I made this photo in the Sawtooth Mountains of Idaho as a fire burned miles away. The smoke reduces the depth of focus in the photograph, emphasizing the hole in the hollowed-out tree. I like the effect. Smoke creates photographic opportunities not possible on smokeless days.

My lungs hate smoky weather, however! The combination of high elevation, exerting great effort when climbing, and thick smoke makes for poor hiking conditions. I also don’t like making photos of burned landscape. I’m naturally drawn toward images that portray life and flourishing, I guess.

Without occasional fires, however, forests and their ecosystems suffer. And flowers blooming years after forest fires can be beautiful! Forests need fires to replenish, to end diseases, to destroy excess undergrowth, etc.
​
Some in the science-and-theology dialogue point to fires as evidence that God sometimes destroys in order to bring life. Some add that evolution requires death and destruction, because without them, new life would not emerge. The end justifies the means.
I’m not convinced by this theodicy. I think God can use evil when working for good. But I don’t think God causes death and destruction as part of some plan. It’s one thing to say God redeems; it’s another to call God the cause of the phenomena needing redemption!
I often consider theodicy when hiking near forest fires.

Thomas Jay Oord is a theologian, philosopher, and scholar of multi-disciplinary studies. Oord is an award-winning author, having written or edited more than twenty books. Oord is also an accomplished photographer and gifted speaker. He is known for contributions to research on love, open and relational theology, science and religion, and the implications of freedom and relationships for transformation.
​
God & Nature magazine is a publication of the American Scientific Affiliation, an international network of Christians in science: www.asa3.org