Readers of this periodical are no strangers to the fact that high school science curricula have been in need of a new voice for many years, especially one that is both Christian and upholds rigorous academic standards. Though they are not the majority in America, many believing scientists and engineers who homeschool their kids, as well as educators at Christian schools with a strong STEM focus, have lamented various insalubrious features they see among the variety of curriculum choices.

There are essentially two options. Secular publishers may use mainstream scientific content but often fail to inspire enthusiasm in the Christian classroom. For Christian educators, the primary deficiency is the lack of integration with or acknowledgment of their faith at even the most benign and ecumenical level. As a science teacher with a faith perspective, I never tire of rejoicing over the marvels of the cosmos and wonder at the benevolent Creator who made them. Educators who want to integrate their faith convictions into the study of science are required to supplement if they want students to reflect on the intersection of faith and science. 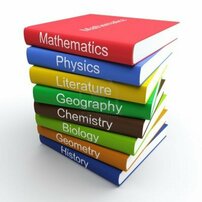 What’s worse, some secular science texts can sound downright hostile to religious views or arrogant about the unquestionable certainty of the scientific knowledge, which itself is an unscientific posture.

On the other hand, Christian faith-based texts often either tiptoe around controversial issues (evolution in biology texts, old earth creationism in earth science, climate change in environmental science) or they dispense with mainstream views in a few lopsided polemical paragraphs. When integration is attempted, Christian texts often overwhelm the science with artificial and disconnected faith content: too-frequent reminders that God made everything, devotional insets, forced biblical tie-ins, etc. Or they present a tame, mollified view of the faith—for example, smoothing over global problems and manmade catastrophes with exonerative refuge in divine omnipotence and foreknowledge.

Christian texts can also speak disparagingly about non-Christian scientists, insinuating that they are deceived, suggesting that they are duped by the devil to lead children astray, incredulous that supposedly educated people could fall for theories so obviously full of holes. Non-Christian scientists are categorically “arrogant” and motivated by a desire to undermine the Christian faith. This is unfortunate. Not only should Christian interaction with those outside the faith  avoid becoming adversarial, it should strive to promote charity and goodwill. It should rejoice in the common ground we share. It should give the benefit of the doubt. “Love…hopes all things, believes all things.”

At the visual level, secular and faith-based textbooks alike can suffer from stultifying page layout. In the worst cases, one finds silly graphics, overblown fonts, gaudy imagery, or sometimes campy clipart pictures—textbooks that seem to be imitating popular media in an attempt to keep students' attention, shouting at the student from the page.

What we set in front of students says a lot about what we think of them. Would we use Disney princesses, Lego figures, or anime to illustrate our science texts? Of course not. So let’s press that a little further—what kind of graphical design would most respect, most dignify, most ennoble students? What visual presentation would make them feel like they are being summoned and welcomed to an adult enterprise? Why would we fail to treat them like the kind of mature human beings we are trying to lead them to become?

Do teenagers know when they are being spoken down to? You'd better believe it. And they resent it. But too often current textbook production thinking has taken a subject with natural, built-in fascination and wonder, and has made it either intimidating or vitiating.

I believe that students, especially high school-aged students, will respond to being treated like young adults. They will recognize when, at last, they are not being marketed to, psychologically coddled, or propagandized. They will know when teachers and materials are engaging them with respect and dignity. I also believe that faith-based education that is honest and blunt about the great problems of the world gives them that respect, treats them as real agents and stewards in the world, and prepares them to enter Christian womanhood and manhood with stronger minds. Finally, when we bring students fully into the scientific controversies of the day, they feel the adults are trusting them to think about issues for themselves, and that is the essence of education.

A new textbook entitled General Biology, written by Dr. Heather Ayala of Belmont Abbey College and educator Katie Rogstad, soon to be published by Novare Science and Math, will be an answer to many of the wishes of Christian biology teachers. Here is an excerpt from the book:
This textbook was written and produced by people who wished they had had such a text when they were students. Novare hopes that the book blesses and serves students and teachers as they investigate the wonders that modern biology has discovered about God’s amazing creation. More information can be found at http://novarescienceandmath.com.

Jeffrey Mays is part of a team of brothers heading up Novare Science & Math and Centripetal Press. Besides overseeing marketing and technical development, Jeffrey is a writer and conference speaker. He holds a BS in Computer Science and a M.Div. from Covenant Theological Seminary. He is currently pursuing an MFA program in Creative Writing at Seattle Pacific University. He lives in Austin, Texas.
God & Nature magazine is a publication of the American Scientific Affiliation, an international network of Christians in science: www.asa3.org