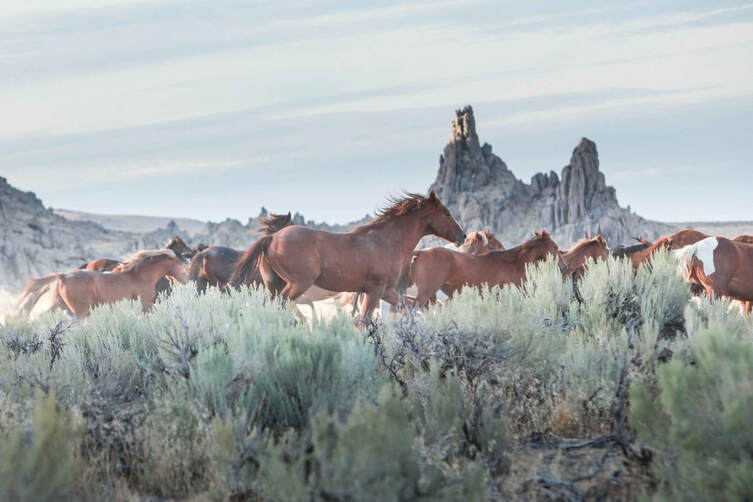 Ancient people often said intelligence separated humans from other creatures. We’re smart; they aren’t. Being made in the image of God meant that humans were intelligent… like God.

Spending time with horses—both domestic and wild ones like those in this photo—prompts me to think other animals are intelligent too. They aren’t making computers or doing equations (as far as I know), but horses can outthink many humans in the Owyhees of Idaho.

Research in cultural evolution suggests that one difference between horses and humans is that humans transfer ideas and knowledge through culture. Horses today learn many of the same things they learned 500 years ago. But humans accumulate knowledge, pass it through culture and traditions, and this drastically alters their ability to live in the world.
​
I ponder how I differ from horses as I photograph wild herds. 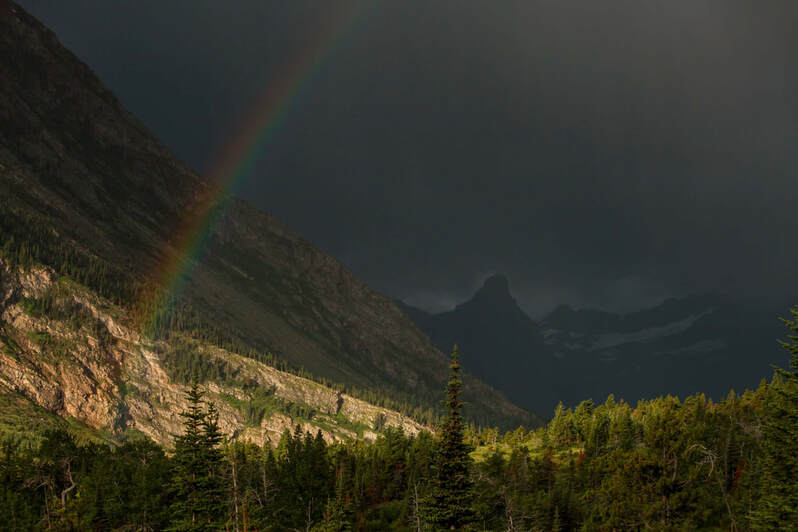 
​The extra socks and underwear I brought on my week long backpacking trip were dirty. It had been raining day after day, and my usual “put ‘em on my backpack to dry” method was useless. Something needed to change!

As I drifted to sleep on my hike in Glacier National Park, I decided the morning would determine whether I continued my trek. If I saw light, I would press on. If rain, I was hiking out.

Clouds were so black the next morning I could barely make out the tops of nearby mountains. So I packed up and headed out, passing a large bull moose next to the trail. I then turned to see where I had been the night before, and I made this rainbow photo.
​
I’m often eager to adventure into the back country. But when the weather is dismal, I’m eager to go home. There’s a life lesson somewhere in that! 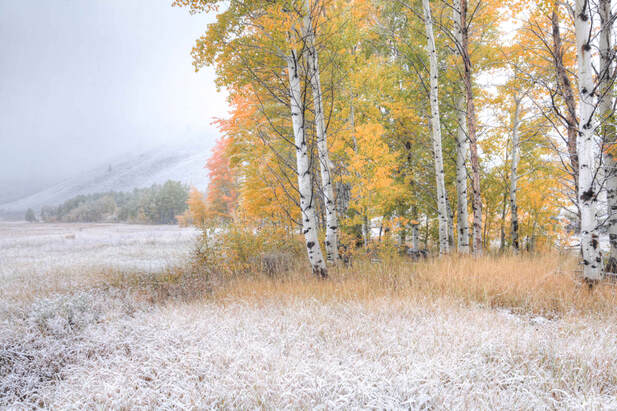 I hated this verse as a young person. The world was big, it needed saving, and there was not a moment to lose! Why sit still when so much work must be done?
​
I still think the world needs saving. But today I recognize the power of rest, silence, and tranquility. I need rest, rejuvenation, and the wisdom that comes only from calm.
I felt tranquil when I made this photo. The birds weren’t singing. The fog had rolled in. I felt alone in the stillness, north of Sun Valley, Idaho.
I need more stillness in my life. 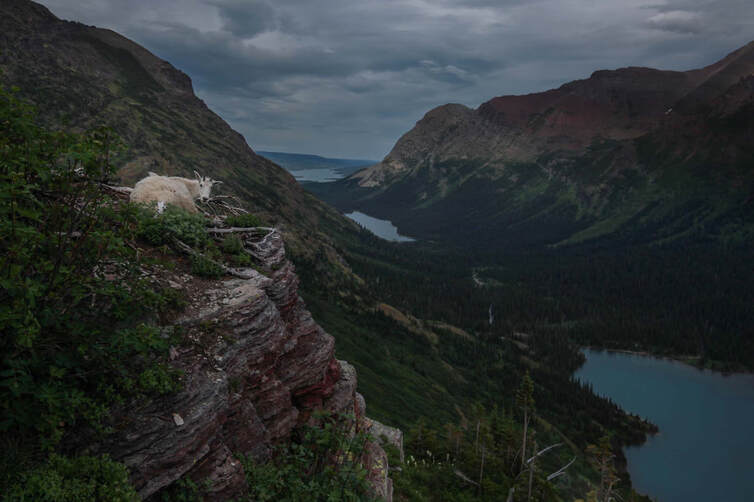 I talk to animals.

On this afternoon, I hiked to one of the few remaining glaciers in the lower 48 states. Climate change is erasing a national treasure, and I wanted to witness that treasure before it disappeared.

“Hello, friend!” I said to this mountain goat when we met.

He looked up wary. But I talked in low and friendly tones for several minutes. I reassured my new friend I was not a threat. My arguments must have been convincing, because he wandered a few feet away and lay down.

I took my wide-angle lens and my camera out. I captured this photo of my goat friend and the magnificent vista.
Being friendly to animals often means getting shots like this one.

Thomas Jay Oord is a theologian, philosopher, and scholar of multi-disciplinary studies. Oord is an award-winning author, having written or edited more than twenty books. Oord is also an accomplished photographer and gifted speaker. He is known for contributions to research on love, open and relational theology, science and religion, and the implications of freedom and relationships for transformation.
​
God & Nature magazine is a publication of the American Scientific Affiliation, an international network of Christians in science: www.asa3.org