Physicists have identified four forces in nature, also called interactions, that are needed to maintain the stability of the cosmos. The forces work over radically different ranges and at different strengths. These are: the electromagnetic force that is mediated by photons; the strong force, mediated by the gluons; the weak force, mediated by the W and Z Bosons, and the force of gravity mediated by the gravitons. Gravity is the weakest force but has an infinite range. Physicists are attempting to unify these forces under one mathematical framework called the Grand Theory. These attempts have been successful for the first three forces—the electromagnetic force and the weak force are unified under Electroweak Theory, and the strong interaction is unified with the electroweak force at higher energies—but, to date, their efforts have failed to unify the force of gravity with the other forces. 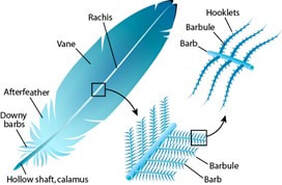 The weak and strong interactions work in tandem to generate the massive power of our sun and all the stars in the universe. The weak nuclear force is a fundamental force of nature that underlies some forms of radioactivity, governs the decay of unstable subatomic particles such as mesons, and initiates the nuclear fusion reaction that fuels the sun and all the stars. In this enormous power coming through weakness, I see an analogy to the cross being the “weakness of God that is stronger than man’s strength” (1 Cor 1:25), further illustrated in 2 Cor 13:4 “…he was crucified in weakness, yet he lives by God’s power. Likewise, we are weak in him, yet by God’s power we will live with him in our dealing with you."

I believe that anyone who limits reality to the physical world and ignores or denies the spiritual may have difficulty solving the problem of a unified theory. For a physicist who accepts spiritual reality in addition to the physical world, unification may become “natural”. As we read in Hebrews 11:3, “…what is seen was not made out of what was visible"; in other words, the visible, the tangible is inextricably linked to the invisible. In fact, the invisible is the source of the visible. There are two realities, physical and spiritual, connected to one another. If that is true, the bold statement of Hebrews 1:3 “The Son …sustain[s] all things by his powerful word” may hold the solution to the long-sought Grand Unification Theory! We can see the two realities as coming together to make Christ the source of the unified theory. As we read in Colossians 1:17 “He is before all things, and in him all things hold together."

We can see how God (the invisible) interacts with his creation (the visible) in the virgin birth of Christ. The conception of Christ by the Holy Spirit was a direct act of God, but Mary’s pregnancy continued as any normal pregnancy would, lasting for nine months, and is an example of God’s indirect action using the laws of nature. C.S. Lewis used the word “seamless” to describe the boundary between God’s direct and indirect interaction with his creation (1). As the Creator of all reality, God can use fiat creation of the physical universe or evolving creation over eons to achieve his purposes. Through the Prophet Isaiah, God tells us, “For my thoughts are not your thoughts, neither are your ways my ways” (Isa 55:8).
​
Another example of this seamless interaction is recorded in Mark 4:35-41. In this account, Jesus and his disciples are crossing the Sea of Galilee in a boat when a sudden squall arises, putting the disciples in great danger. Although Jesus is with them in the boat (God’s indirect action), he is tired and asleep; the disciples become gripped by fear, terrified that they will perish in the storm. They awaken Jesus and ask him, “Teacher, don’t you care if we drown?” Jesus stands up and commands the wind to stop, and immediately the wind ceases, and the sea becomes completely calm. This is an example of God, through Christ, interacting directly with the natural world. Jesus then admonishes his disciples, asking why they are so afraid. “Do you still have no faith?” The disciples should have remembered the passage from Psalm 23, where David says, “Even though I walk through the valley of the shadow of death, I will fear no evil, for You are with me; Your rod and Your staff, they comfort me." In a single story, we see God acting both indirectly and directly.

Ultimately, there is one reality with two aspects. The arguments that often divide Christians regarding the issue of how much God interacts with his creation directly and/or indirectly should not cause acrimonious separations, as they often do. The ID community and evolutionary creationists agree that God acts in our world. It is the naturalist that denies the existence of God in all affairs of mankind, including how the universe came into existence, that must resort to natural laws only (seldom questioning how so-called natural laws came into existence). My ASA colleagues should take to heart the fact that God interacts with His creation, both indirectly and directly.


Kenell (Ken) Touryan retired from the National Renewable Energy laboratory in 2007 as chief technology analyst. He spent the next eight years as visiting professor at the American University of Armenia (an affiliate of UC Berkeley). He received his PhD in Mechanical and Aeronautical Sciences from Princeton University with a minor in Physics. His first 16 years were spent at Sandia National Laboratories as Manager of R&D projects in various defense and advanced energy systems. He has published some 95 papers in refereed journals, authored three books, and co-owns several patents. ​
​

​​
God & Nature magazine is a publication of the American Scientific Affiliation, an international network of Christians in science: www.asa3.org