"The Lent of Lockdown"

​As I write during the season of Lent (7th April, 2020), the UK is in a state of lockdown due to the global pandemic, with over 6,000 deaths due to COVID-19, increasing at a rate of around 750 per day, and with the Prime Minister hospitalised and facing an uncertain future. Other European countries have had it worse, and, if the predictions are accurate, the US is bracing itself for hundreds of thousands of fatalities.

The immediate devastating impact of COVID-19 is quickly becoming evident, but as to the long-term effects, we can only speculate. In amongst the economic turmoil and lockdowns, there is some positive news. Many communities have rallied together with help being offered to the vulnerable through neighbourhood groups, informal networks, and through the church.

Perhaps the most striking effect has been a dramatic reduction in travel on the local and global scales. The global village suddenly seems much harder to cross, and as one of my postgrads found, getting a flight from Nepal back to the UK became a virtual impossibility overnight. With many national borders closing at short notice, getting around the world in 80 days, Phileas Fogg-style, no longer feels like such an easy challenge. 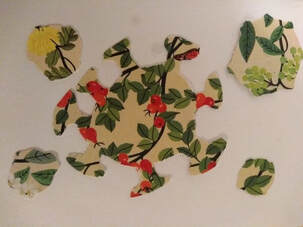 My research and teaching contain strong elements of sustainability (if you’re interested, my latest book chapter, "Cowboys, cooking stoves and corporations" has just been published in the book Storytelling for Sustainability in Higher Education). I often tell my students to think about sustainability as a structure supported by three pillars: economy, environment, and society. The current crisis has taken a wrecking ball to the economic pillar, but its impact on the other two elements is more subtle. I have already hinted that society has grown stronger in many ways under adversity. Yes, it’s true that there have been acts of selfishness too, with some stockpiling food, medicine, and toilet paper, of all things, but generally acts of love have outshone acts of selfishness.

The environmental impacts have yet to be fully understood. There are many anecdotes, such as fish being spotted in Venice’s canals, smog lifting from polluted cities like Kathmandu, and wildlife returning rapidly to areas that people have vacated. For those of you who want real data rather than stories, you have my pity. But to indulge the data-hungry, here in Nottingham, there’s a significant difference in the peak values of pollutants associated with road traffic such as nitrogen oxide variants (NOx) between the weeks after and before lockdown. Two months ago, Nottingham hit the headlines as the unexpected sudden emergency closure of a road bridge led to rush-hour gridlock. During what the local radio station called “carmageddon,” there was a peak of 385 ppm (parts per million) for NOx on Tuesday, 4th February, whereas this week the biggest peak was around 50ppm.

Public Health England say that there are between 28,000 and 36,000 deaths a year attributed to long-term exposure to air pollution, so depending on how long it lasts, the effect of the lockdown could prove to be a reduction in those deaths. With fewer cars on the road, there may also be a fall in the 1,800 deaths due to road traffic accidents in the UK each year.

Just a few months ago, the radical group Extinction Rebellion called on the UK and other countries to decarbonise at a much faster rate than any elected government had planned. Critics pointed out that drastic impractical measures would be needed to reach the proposed targets, such as halting all air travel. Just a few months on, we have seen radical change for quite different reasons, with the COVID emergency usurping the climate emergency. As a result, we have important data on how transport affects pollution levels, and ultimately we will have new data on how pollution levels affect the climate.

I believe that the real test will come when restrictions on travel are lifted. Will we return to “business as usual” and over-compensate for lockdown by booking lots of short-haul flights and jumping back into our cars at the earliest opportunity? Or will working from home have taught us that some face-to-face meetings can be replaced with online video-calls (and that some meetings can be replaced by an email)? What lessons will we have learned about society, about looking out for the isolated, the vulnerable, the lonely? And will we have come to realise that shopping is not a leisure activity?

We received a home-made card through our door from a friend, which ended thus:

“There is lots of lemonade to be made from the lemons of Corona.”

We are all communicating more, sending letters, playing games, doing exercise, and generally appreciating what we have, I think. (I hope…) I wonder how we might live differently as a result of the Lent of Lockdown.


Mike Clifford is an Associate Professor in the Faculty of Engineering at the University of Nottingham. His research interests are in combustion, biomass briquetting, cookstove design, and other appropriate technologies. He has published over 80 refereed conference and journal publications and has contributed chapters to books on composites processing and on appropriate and sustainable technologies.
God & Nature magazine is a publication of the American Scientific Affiliation, an international network of Christians in science: www.asa3.org