I am a biologist and a Christian who firmly believes in the Bible’s message that we are creatures loved by God and have transcendence. However, some of my friends told me that science (meaning biology) robs humanity of this exceptional value. Some of them may have heard or read scientists in the media saying things that gave them that impression. I remember my own biology teacher in high school, a well-learned man who spoke with captivating eloquence. He welcomed all sorts of questions and answered them immediately. One day, when we were studying zoology and evolution, he explained the origin of the diversity of animals on earth (using a carrousel of slides, the presentation technology of the day). When he reached humans, he said that the main thing that makes us different from animals is a larger brain. Due to lectures like that, I had a period as an atheist when I was a teenager.

If you were taught that we are unique creatures of God, I bet that the idea that we are not very different than animals is hard or even impossible to swallow. We are the image of God; the Bible says so (Genesis 1:26). Indeed, most of us who call ourselves Christians know that verse by heart. We have heard it quoted as the basis of many sermons about God’s love for us and about how humans are special. That would be enough to reject those pretentious scientists that deny the Word of God by telling us that humans are like animals, would it not? 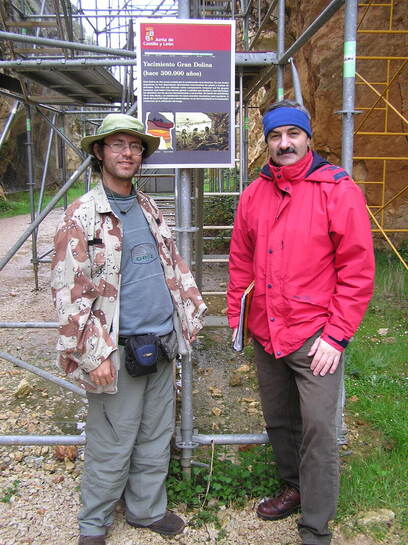 ​Well, I learned that no, it’s not that simple. I agree that humans are like animals, but not because I have rejected my faith in what the book of Genesis says, that we are made in the image of God. In fact, if you continue reading the Old Testament, in the book of Ecclesiastes you will learn that we are like animals: “I also said to myself, as for humans, God tests them so that they may see that they are like the animals. Surely the fate of human beings is like that of the animals; the same fate awaits them both: As one dies, so dies the other. All have the same breath; humans have no advantage over animals. Everything is meaningless.  All go to the same place; all come from dust, and to dust all return…” (Ecclesiastes 3:18-21 NIV).

I know that there are several ways to interpret this passage attributed to King Solomon. One of them is to consider that it was written in the king’s old age; however, not all Bible scholars agree that Solomon was the author. It is a difficult book to read and understand. Many theologians have written about it (1), but not one of them denies or sugarcoats the fact that the writer compared humans with animals. It is clear that humans are like animals and have “no advantage” in the sense that we have a body that works in the same way: we all die (2).

I try to make sense of the meaning of this passage by applying what I learned about evolutionary biology. We have a body that shares characteristics with the animal kingdom. We can see  traces of common ancestry in our organs, tissues, cells, and genes (3). We are similar to the apes, but I do not think, and in fact no evolutionary biologists believe, that we come from apes. Evolutionary theory says that we share a common ancestry with apes. Are we just naked apes, then, as a popular book said over half a century ago (4)? Are we, as my high school teacher told me, nothing but primates with a big brain? The “nothing-buttery” that comes from ontological reductionism does not help here (5). However, it is curious how the popular Bible version The Message translates Ecclesiastes 3:18: “God’s testing the lot of us, showing us up as nothing but animals” (6).

Now let us get deeper into the discussion of the possibility or impossibility of accepting evolution as a committed Christian. By the way, when anybody asks me if I believe in evolution, I answer no. I accept evolution as a scientific theory. I believe in Jesus. It is not the same to put your trust and your life in the Lord as to put your faith and life purpose in a scientific theory. Why? Because as a human theory, it could change at any time? No, the main reason is that while science can make our lives easier and better, it cannot address the meaning or purpose of life. As an evangelical in science, my acceptance of evolution could be taken as heresy; however, committed Christians that are also committed scientists can accept both evolution and the Bible as the Word of God (7).

If paleontology is not convincing, genetics offers more evidence of continuity between humans and the rest of primates. Ultimately, what makes our body is our genes. Genes are the coding machines that produce proteins that make us what we are. The human genome has been described, and we know all the genes in our cells. The scientist in charge of this project was Francis Collins, former head of the National Institute of Health. The study of the human genome and his convictions as a Christian led him to write a classic bestseller in the science-religion dialogue, The language of God (12). If we compare our genome with the apes’, we find we are highly similar. We have the same mutations in several places. We have no-longer-functioning pseudogenes that in our evolutionary past coded for the ability to perceive specific smells in the olfactory receptors (13), the possibility to produce vitamin C (14), and even to make a protein named vitellogenin that produces egg yolk (15)! In genetics and paleontology, we see a continuity with the rest of the creation, not a boundary (16).

Can’t we interpret all those facts from paleontology and genetics as common design? I think that yes, we could understand it that way. However, this concept of design is not based on science; it is founded on faith. Interpreting design as a scientific theory to bring God into the discussion is counterproductive, in my view. It causes not just scientific but also theological problems (17).

Coming back to Ecclesiastes, I can affirm what the preacher said, that “humans have no advantage over animals,” in reference to the body. However, God chose us Homo sapiens to rule over creation and be loved and saved; we are his image. We can question our own existence, have a conscience, and search for God. No other animal can do that. Genetics and evolution do not negate that.

(7)  Explore both resources and testimonies of Christian scientists and theologians at www.asa3.org and www.biologos.org.

(16)  An excellent source of information of the scientific and theological implications of human evolution from a Christian point of view is: Bishop et al. (2018). Understanding scientific theories of origins. Downers Grove, Intervarsity Press Academic.

​
Oscar Gonzalez is a Peruvian Biologist, university professor, and researcher in ornithology. He earned a Ph.D. in Interdisciplinary Ecology at the University of Florida, an M.Sc. in Tropical Biodiversity Management at Universidad San Pablo CEU of Spain, and another M.Sc. in Zoology at Universidad Nacional Mayor de San Marcos in Peru. He is a long-time ASA member and also serves on the advisory board of the BioLogos Foundation. See his research at https://www.researchgate.net/profile/Oscar_Gonzalez26
God & Nature magazine is a publication of the American Scientific Affiliation, an international network of Christians in science: www.asa3.org