If you have read any of the books by members of the New Atheist Movement, you know one of their common claims: a war between science and religion has been raging ever since the time of the Scientific Revolution. On one side, there is science and reason; on the other side there is faith and superstition. That is why religion must end, why God is a “delusion,” and why faith, although considered a virtue in religion, is a poison when it comes to science.

This has been the basic narrative most of us have heard our entire lives. Now, there certainly is a war of sorts between propogandists in the New Atheist and Young Earth Creationist camps, but is it true that science and religion have always been at odds with each other? The answer for anyone who knows anything about history is an obvious no. But if that’s the case, where did such a narrative come from? That is what this article will address. 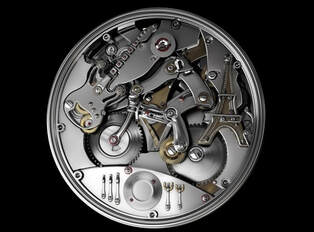 There is no way a brief article can adequately delve into all the details of this issue. But the fundamental thing to know is this: the modern narrative regarding the supposed conflict between science and religion came about because some clever philosophers during the so-called Enlightenment not only re-wrote history but also (unwittingly) subverted what was the very philosophical basis for the study of the sciences in the first place.

How Christianity Revolutionized Philosophy and Produced Science
As I lay out in my book Christianity and the (R)evolution in Worldviews in Western Culture, the historical fact is that the Scientific Revolution of the 16th and 17th centuries was not so much some sort of revolution against the ignorance of the medieval Church as it was an evolution of the medieval Church’s commitment to the advancement of theology, philosophy, and the natural sciences within the medieval universities. In fact, Michael Shank tells us, "About 30 percent of the medieval university curriculum covered subjects and texts concerned with the natural world" (1). It was there, in the medieval universities, where modern science was born. Alfred North Whitehead admitted this when he said that science arose in Europe because of the widespread “faith in the possibility of science…derivative from medieval theology” (2).

Now, the reason why the medieval universities were so dedicated to the sciences was because medieval theologians like Thomas Aquinas had laid the philosophical groundwork for it by revolutionizing—dare I say, “Christianizing”—the philosophy of Plato and Aristotle.

The fundamental question of Greek philosophy was “What constitutes reality?” At the risk of being too simplistic: Greek philosophers had a split view of reality. What was really real was the world of universal forms—the immaterial world of unchanging concepts. By contrast, the world of particulars—the ever-changing material world of nature—was less real, a mere shadowy reflection of the world of universal forms. That is why the study of the sciences never really flourished in ancient Greece and Rome, at least not to the extent they eventually did in the Middle Ages. There was a philosophical disposition that saw the natural world as not really worth investigating.

But Christianity changed everything. It declared that “the Word became flesh,” that God (the ultimate universal) became a man (a particular) in order to transform and redeem both human beings and the natural world itself. God the Father Almighty was the maker of all things visible and invisible. Thus, both the spiritual and material worlds were seen as vital parts of that one reality. That was the philosophical conviction at the heart of Christian theology, and it was what convinced medieval philosophers to explore the natural sciences. Christian theology, which they deemed the “queen of the sciences,” provided the very rationale to study nature: it was good and worth studying because Christ was Lord over all.

But Then the So-Called Enlightenment Messed Everything Up
But then in the 18th century, self-proclaimed Enlightenment thinkers like Voltaire and Rousseau decided to rewrite history. Despite the fact that science was born in the medieval universities that the Church had founded, Voltaire and Rousseau put forth the false narrative that Christianity had always been against reason. They then took a meat-cleaver to the unified view of reality that Christianity had developed over the previous 1700 years, and instead promoted a return to the split reality of ancient Greek philosophy, but with one major twist.

These Enlightenment thinkers promoted deism—the idea that there was a creator God, who created the world at one time, much like a watchmaker makes a watch, but then went off somewhere and left the world to run all on its own, according to the natural laws he had set up. Thus, they reasoned, any knowledge of that God or anything spiritual was impossible, and the only real reality that could be known was the natural world. If it couldn’t be proven by science, then it wasn’t true, and it wasn’t real. And, just like that, they took philosophy backward 2,000 years, but flipped one of the fundamental tenets of Greek philosophy on its head: the particulars were really real, not the universals.

The deistic philosophical assertion that reality is limited to the natural world took root among 19th century philosophers like David Hume and Immanuel Kant. Consider David Hume’s contention that miracles don’t happen. What was his rationale? Simple: the natural world is all that exists, and it runs like a clock by the laws of nature. If there is a God, he doesn’t tinker with the machinery. A “miracle” would be a violation of those laws of nature—hence, an impossibility, because nature is all that exists, and the laws of nature govern everything.

Now, granted, if deism was right, and if the natural world was nothing more than a wound-up watch that was governed by mechanistic laws put in place by a now absentee God, then Hume would be right—there would be no rational basis for miracles. But Hume’s very understanding of a “miracle” is wrong from the jump. For one, the natural world is much more complex than a watch, and what we call the laws of nature aren’t mechanistic laws at all—they are reliable explanations for what we do understand about the creative processes of nature.

Secondly, first-century Jews and Christians did not hold to the split view of reality of 18th century deism, and they certainly did not view the natural world in the same mechanized way as the people of the Enlightenment did. In fact, the word “miracle” is not even in the New Testament. What is translated as “miracle” literally means “power deed.” Therefore, things like Jesus cleansing a leper or resurrecting from the dead were not seen as some sort of violation of “natural laws,” but rather as unique demonstrations of God’s power that was constantly at work within the natural world that were simply not understood. Simply put, to define “miracle” as a supernatural violation of the laws of nature is to, in fact, misread deistic assumptions into the biblical text.

Yet such deistic assumptions were further solidified in the philosophy of Immanuel Kant. He divided the Christian view of a unified reality into two parts: (A) The phenomenal world of nature that could be objectively analyzed and scientifically studied, and (B) The noumenal world of faith and “spiritual things” that were subjectively believed based on religious authority. Although on the surface this looks similar to the split-reality view of Greek philosophy, in reality, Kant’s conclusions were the polar opposite.

Yet Kant argued for the exact opposite. He said that the particulars of the natural world were really real, and that one should use one’s reason to scientifically analyze the natural world all on its own, without any consideration of the supposed universals of the noumenal world. After all, how can anyone be sure that the “spiritual world” is objectively real anyway? You can’t prove it with science, and science deals with reality! All that “spiritual” stuff is just so subjective…maybe it’s not really real at all—it really is just a matter of faith…and faith is the opposite of reason.

Much more can certainly be said about the circumstances that have led to the modern narrative regarding the supposed war between science and religion. But one thing should be clear: the conflict model pushed by the New Atheist Movement is not only proved false by the facts of history, but it also is based on philosophical assumptions that were formulated during the Enlightenment.


Joel Edmund Anderson is an adjunct professor in Religious Studies at the University of North Alabama, where he teaches various courses on the Old and New Testaments. He maintains a blog, resurrecting orthodoxy, at joeledmundanderson.com, and has authored the books The Heresy of Ham: What Every Evangelical Needs to Know About the Creation-Evolution Debate, and Christianity and the (R)evolution in Worldviews in Western Culture.
God & Nature magazine is a publication of the American Scientific Affiliation, an international network of Christians in science: www.asa3.org